Niall Horan at 3Arena: everything you need to know

What songs will the One Direction star play? Are tickets available? 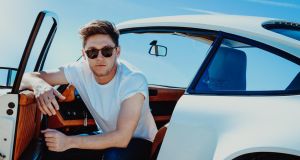 Niall Horan: One Direction singer is on his first solo tour

As Niall Horan goes on his first solo tour, it’s hard to believe that in the space of eight years that we have gone from having no One Direction in our lives to having five separate solo One Direction careers to pit against each other. We are so lucky.

Since the release of This Town in 2016, his first single which read like an ode to his hometown of Mullingar, Horan’s soft rock leanings have only increased. His debut solo album Flicker draws influences from the Eagles and the balladry of Ed Sheeran but when he released Slow Hands, a saucy, shoulder-shimmying little number, last year, it was a glimpse into the bigger star that Horan could become. Still moving its way around the Irish charts, Slow Hands is his most successful single so far.

The 24-year-old kicked off his Flicker World Tour in Killarney’s INEC before turning the 3Arena audience into putty in his hands on March 12th. He returns to Dublin on Thursday.

The two biggest takeaways from One Direction’s 2013 documentary film This Is Us are that Harry Styles was already on the road to something bigger and that Horan is a genuinely lovely young man, befriending the entire security team, who were mostly salt-of-the-earth former bouncers from Dublin, and generally charming everyone he met.

Horan has an endearing familiarity to him, like he could be your younger (or older) cousin, and this quality makes him a star. You could lose hours debating which member of One Direction is the most successful but with Styles popping up in Dunkirk, Zayn Malik posturing as a watered down The Weeknd, Liam Payne cosying up with Cheryl Cole and Louis Tomlinson occasionally resurfacing to release a tepid single, Horan is the most consistent with his solo singing career.

Are tickets still available?
Tickets appear to still be on sale on Ticketmaster for the March 29th gig. They start at €48.90, plus booking fee.

What time does everything kick off?
Doors open at 6.30pm and Julia Michaels will kick things off at 7.30pm. Horan is expected on stage at 8.45pm. These times are subject to change.

How do I get there?
There is parking available in the Point Village car park (you can prebook through Ticketmaster for €12) but gig-goers are encouraged to leave their cars at home and to use the red line Luas or use Dublin Bus. The 151 operates every 10 minutes during rush hour and it will drop you on Castleforbes Road, the closest stop to the venue.

What about security?
Bags will be searched upon entry. Bottles, cans, selfie sticks, large umbrellas, iPads/tablets, video cameras, professional cameras (lens 35mm or more), audio recording devices, Go-Pro, large posters (A3+), large flags on poles, belt chains, laser pointers and anything that can be deemed a weapon are prohibited. So pack light to keep the wait in line as short as possible.

What is he likely to play?
With just one solo album to his name, Horan will be giving those songs a good airing but it’s likely that he will sneak in a few One Direction hits.

This is the setlist from his gig on the 12th (according to Setlist.fm):

Covid-19 and dementia: ‘My father studies me, as if trying to put together a difficult jigsaw’
8