Don’t believe everything you see at the movies: for great jazz sticksmen Jeff Ballard and Tom Rainey, being mentored was a joy – although Ray Charles was no picnic 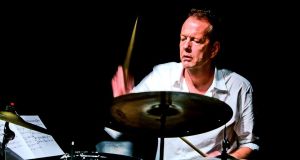 Tom Rainey, one of the most creative drummers on New York's downtown scene 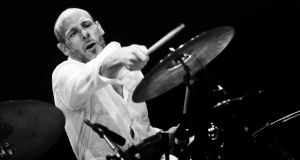 Jeff Ballard, one third of the Brad Mehldau Trio

Now I know how cops and robbers must feel when they watch a crime film. As a movie, Damien Chazelle’s Whiplash may well deserve all the industry gongs that have been heaped upon it, but as a depiction of a jazz education, it’s all agony and damn all ecstasy.

The recent arrival in Dublin of two of New York’s finest exponents of the drum set is a much better opportunity to witness first-hand how wrong-headed the film’s depiction of contemporary jazz drumming is. Jeff Ballard is best known as one-third of the all-conquering Brad Mehldau Trio, and he has also spent extended periods in the drum chair for legends such as Ray Charles and Chick Corea. He is in Dublin on March 6 to perform with his band Fairgrounds, featuring Kevin Hays (piano), Lionel Loueke (guitar), and Reid Anderson (electronics), in Christ Church Cathedral. Like so many American musicians, his first experience of jazz education was in his own high-school band.

“It was actually a very nurturing environment,” says Ballard. “The director was an old trumpet player from Chicago. He was a very hip guy and he would instil a community feeling in the band. They’d bring in very heavy old-school guys to teach us, and for me the message from the older musicians was that nobody owns this stuff. It’s greater than you, and it deserves to be passed on.”

Tom Rainey is one of the most creative and innovative drummers on New York’s fertile downtown scene, and a regular with influential band leaders such as saxophonist Tim Berne and pianist Fred Hersch. His first brush with drumming could hardly have been more positive.

“My first teacher was a guy called Mike Ray. He owned Mike’s Drum Shop in Santa Barbara and he was great guy. He gave half-hour lessons to tons of kids, and he pretty much filled up every day like that.

“I always managed to do my lessons fairly easily, so I never gave him much cause to get tough with me. He was just very encouraging, even to the point that when I went away to college, he said he wanted to sponsor me. For years when I was first in New York and didn’t have any money, if I needed sticks and drum heads, I would wait until I came back home and he would hook me up.”

After high school, Ballard began playing professionally almost at once and did most of his subsequent learning on stage. His experience of mentors was always positive – “to me it always felt like the older cats were bestowing something on you out of respect for what the music is” – although he says he has met his fair share of stern taskmasters, not least the great Ray Charles.

“He was always either extremely happy or extremely pissed off,” says Ballard, laughing. “If it wasn’t right, he would just turn around and yell, or he would turn his keyboards up and basically grab you by the neck, and say, ‘Not like this, like that’.”

Serious transgressions might even mean being hauled into Charles’s office the next day for a dressing-down, but Ballard never saw those exchanges as abusive. “It wasn’t like, ‘You’re an asshole, you’re useless’, it was, um, instructional. Basically he was saying, ‘Listen to me and you’ll be all right.’ ”

The central character in Rainey’s education was a drummer well known to Irish jazz audiences. Keith Copeland, who died last month at 68, was a giant of the drum set. His regular teaching visits were hugely inspirational for many Irish drummers – including the one writing this article – and for Rainey, he was the antithesis of the drill sergeant portrayed in the movie.

“It felt like I was hanging out with a friend, basically, like an older brother kind of figure who happened to be an incredibly swinging and beautiful drummer, and also had a real talent for imparting information. In my second year [at Berklee College of Music in Boston], when I had no place to live, Keith let me stay in his house until I found somewhere. That was the kind of guy he was.”

Nowadays, Rainey is too busy playing his own music to teach regularly, but he often gets a phone call from a young drummer who wants to take a lesson. “I respect the fact that they’ve decided that I’m somebody that they want to learn from, and I take that very seriously.”

For both drummers, jazz is an open-source code that they are glad to be able to share. “I try to make it really clear to students that there is no way that you can fail at being a musician,” says Rainey. “Unless you expect something from music other than music. If you expect to make a lot of money, then yeah, you can totally fail. But music is its own reward, no matter what level you’re at.

“The point is that you have a relationship with something that can be a very gratifying part of your life, if you just let it do what it’s supposed to do.”

So see the movie, by all means. But check out Ballard and Rainey, too, and you’ll discover that being a jazz drummer is more about communication than being shouted at.