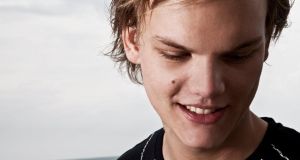 The Forbes magazine list of the highest paid DJs in the world over the past 12 months throws up many significant pointers. First is that number one on the rich list, Calvin Harris (earnings of $66 million in one year), now makes more than both Jay-Z and Cristiano Ronaldo. Second, it’s clear that Las Vegas is the new Ibiza for paycheques. And third, having one really annoying song can help you make $28 million in just one year.

Avicii, at number three in the Electronic Cash Kings Forbes chart, climbed to his spot mainly on the back of the gargantuan success of his Wake Me Up song – a tune that owes more to the Dance To Tipperary sound than anything else. It is now the most streamed song in the world ever and took up residency in the number one position of most charts in the world last year (including – how can we forget – seven consecutive weeks as the Irish number one). But there’s a lot more to this song than the sound of banjos and cash tills.

Skipping quickly over the Irish language cover of the song (which still has a life of its own on YouTube), some breathless commentators have Wake Me Up as “EDM’s very own Dylan/Newport moment”. The background to this comparison is Avicii’s own troubled concern when he first played the song at the Ultra Music Festival in March 2013. “It’s not the type of mixture of genres people expect from me,” he said. “I was massively worried about it. And at Ultra, the fans just didn’t get it. We had a banjo and a fiddle on stage and I looked out at the crowd and people looked shocked – I knew they would be.”

Such was the reaction to this piece of “electronica meets Mumford and Sons for a yee-haw hoedown” that Avicii was going to bin the song but the label persuaded him otherwise and one of the biggest hits of all time was born.

It’s the connection with Elvis Presley, though, that has given rise to a spooky coincidence. Elvis’s songwriter, Mac Davis, (he wrote In the Ghetto and A Little Less Conversation among others) and Avicii worked on an early version of Wake Me Up called Black and Blue (which was never released). When Wake Me Up went on the become the most streamed song of all time, it got there by knocking a few Elvis Presley songs off the top spot.

Oddly, on Wikipedia, Wake Me Up is credited to four songwriters: Avicii himself; the vocalist on the track, Aloe Blacc; Mike Einziger of the hard-rockin’ Incubus; and Aileen Quinn. The latter is the actress who played Annie in the film version of the musical. Mischief making no doubt.

But you don’t get to have your song streamed more than 240 million times and pull in $28 million a year without a backlash. Since The Forbes Electronic Cash Kings list went up there has been an avalanche of “hate from the underground” with even Deadmau5 ($16 million of earnings last year) and Skrillex ($16 million) up for grabs.

With the big room DJs – always to be seen in front of a corporate sponsor’s logo – pulling in the sort of dosh that would make a Premiership footballer blush and makes the big rock acts look like paupers, something had to give. You can’t have “the tectonic plates of mainstream musical taste shift” (as Forbes has it) without some collateral damage.

Hate: Blink 182 at Reading – must we throw this filth at our pop kids?