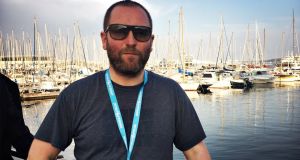 Stephen O’Reilly “With my job, you have to be a bit of a sponge from a learning point of view”

While Stephen O’Reilly’s work has always been in the music industry, there has been a constant thread of technology throughout his career. That backline is intentional and came about when O’Reilly found himself unable to break into the Irish music industry around 2009. The App store and the iPhone had been recently launched by Apple, and O’Reilly saw a future in the combination of music and tech.

“Everything about being an artist these days involves technology, outside of songwriting,” says O’Reilly. “It really is how artists grow their business, communicate and create the music. When you’re in the music business, you’re in the technology business.”

He booked a one-way ticket to London for an interview in late 2009 and got the job with MobileRoadie, a tech company that made apps for musicians such as Madonna and Taylor Swift.

With the a hefty client list, O’Reilly found doors opening in major labels and he helped secure app deals with the likes of The Beatles, The Rolling Stones and Adele, while getting to know industry movers and shakers. “I made it my business to get on with all those people and understand them and serve their needs, be generous with my time and introduce them to each other.”

Now head of marketing with artist management company IE Music, which looks after Robbie Williams, Lily Allen, Passenger and Will Young among others, O’Reilly has a role that brings all of his experience together.

He says his Irish background is a strength that helped him stand out, but from an artist perspective, says that the trope of going to London to “make it” should be disregarded – the London music industry is watching what’s happening in Ireland and will come see them if the act is abuzz.

“London is a difficult place to make it,” says O’Reilly. “There’s so many things going on – hundreds of shows on every night. And there’s loads of great stuff happening now in the regions. You can crack the world from Ireland in my opinion. I know A&R who are are looking beyond London to what’s happening in Dublin, in Dingle, in Derry and Donegal.”

IE Music prefers to work with artists that license their music for release to labels for a set period of time, and retain ownership of their recordings and publishing. This means artists can make surprise releases. Last week, Passenger released a surprise album The Boy Who Cried Wolf, which was released on Rosenberg’s own label independently.

For O’Reilly and the IE Music team, that meant working on all aspects of the release that a record label traditionally looked after, including PR, streaming services (having existing relationships with the likes of Spotify and Apple Music helps) and physical product shipped to fans through the Passenger website.

“Mike is a great communicator so he can do a lot of getting his message out there through his social media, website, newsletter and livestreams on Youtube and Facebook. As a management company there are so many things we can do on our own that we couldn’t have done 10 years ago because you needed physical infrastructure.”

As an example, O’Reilly says their research suggests that UK fans would likely be Amazon Prime members, so Amazon could be also utilised to deliver the albums physically.

“It’s such a frictionless, easy transaction,” O’Reilly says. “The fans would get the album the next day.”

IE Music’s in-house marketing team are also well-versed in digital marketing, re-marketing and retargeting, which most artist-management companies wouldn’t have a team in place to look after. It speaks to the wider 360-trend in the industry where promoters are fostering new artists and labels look for a slice of the live pie.

The industry is always shifting and technology is at the centre of all of this movement, so O’Reilly is well-placed to look for innovative solutions and trends coming down the line. In daily terms, that means reading industry publications such as Billboard and The Lefsetz Letter and making a note of successful campaigns elsewhere.

“With my job, you have to be a bit of a sponge from a learning point of view,” says O’Reilly. “Is there an element that you can take and adapt yourself or do you have to reinvent the wheel on your own continuously? You have to be able to join the dots for your artists.”