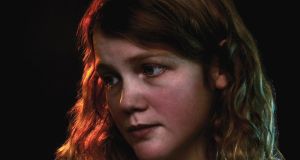 Bookies have tipped Kate Tempest’s Everybody Down album to win this year’s Mercury Prize. Photograph: PA

Seven debut albums and three jazz albums make it onto the annual Mercury Music Prize shortlist which was announced in London today.

The Mercury prize is awarded to the best Irish or British album of the year and is regarded as the music world’s equivalent of literature’s Booker prize.

There was disappointment for Dublin musician, James Vincent McMorrow, who had been predicted by industry insiders to make it onto the 12 strong shortlist but didn’t make the cut.

Following criticisms that the left-field award was getting “too mainstream” in recent years the only very well known name on this year’s list is Damon Albarn, now pursuing a solo career after many years spent fronting the band Blur.

Two exciting female talents, the poet Kate Tempest and the alt-R ‘n’ B singer FKA Twigs are the early favourites to win the overall prize which will be announced on October 29th.

It is Damon Albarn’s fourth nomination for the presitigious award. Blur were nominated two times in past years and his other band, Gorillaz, have also received a nomination.

It is unlikely Albarn will win this year as traditionally the Mercury doesn’t reward well-known and established musical acts, preferring instead to shine the spotlight on lesser known and up and coming acts.

The winner receives a £20,000 (€25,000) prize. All the acts on the shortlist will receive a sizeable boost in sales and exposure over the next few weeks.

This year’s shortlist was surprising in that it didn’t reward big selling names such as Ed Sheeran or Sam Smith – perhaps further indication that the Mercury has ceased its recent flirtation with the mainstream.

Already, the bookies have established Kate Tempest and FKA Twigs as joint favourites to win in October.