Jack Garratt gets his new Phase on: “I do give people a lot of easy ammunition”

"People like to talk about the fact that I appear to be a white, privileged hipster," admits BBC Sound of 2016 winner Garratt. "I couldn’t give a shit about any of those things"

Singer-songwriter Jack Garratt speaks about his love of perfomring live at Dingle's Other Voices festival. 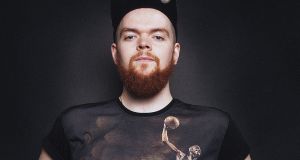 Jack Garratt: “It looks like it’s just happened, but it wasn’t like that. It’s so fucking hard. There have been so many setbacks and failures and heartache.” 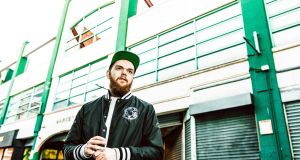 “I get inspired by the sounds that evoke an emotion from me. That’s what I am drawn to; that’s what turns me on.”

The night before this interview, Jack Garratt’s radio show aired on Apple Music’s Beats 1. The problem with a two-hour show, Garratt says, is that you miss out on a lot of stuff.

Still, he got to play Stormzy, Justin Timberlake, Anderson .Paak, Jamie Lidell, a great newbie called Seramic, and an oldie called Michael Jackson. He played Steely Dan’s Kid Charlemagne along with Kanye West’s Champion just to show where Kanye got the sample.

There’s a big, happy grin on Garratt’s face as he sits in a quiet corner of a Berlin hotel lobby and reviews the show. When the 24-year-old says he loves music, he’s not kidding. He knows the cut and fold of everyone from Flying Lotus to Stevie Wonder. He can join the dots and make the connections until you’re dizzy from listening to him.

Garratt can also, of course, talk about his own music, though many others are already doing that for him. Even before Phase, his debut album, is released, Garratt is already something of a hit.

He topped the influential BBC Sound of 2016 list and has won this year’s Brit Critics Choice award. (Previous winners include Sam Smith, Adele, Florence & the Machine and Ellie Goulding, so no pressure). As far as the music industry is concerned, the dude’s a made man.

Still, the singer-songwriter himself is not cocky enough to think it’s all going to go according to plan.

“There’s a huge risk, a huge chance of loss,” he says. “I could release something and the audience I’ve been connecting with for the last four years could turn around and go ‘ah, you know, this is not for us’. I could release my album a week after Kanye and it could just disappear. James Blake and Frank Ocean could put out albums the same week and you’d have to roll with the punches.”

The man from the village of Little Chalfont in Buckinghamshire is cautious. But when you’re the one getting such attention and kudos, there’s always plenty lining up to have a pop, something Garratt finds interesting to observe.

“I suppose I do give people a lot of easy ammunition,” he acknowledges. “Something which was thrown at me is that this success I’ve had comes from being signed to a major record label with a huge team of people around me. There was an article about this recently, and it’s just lies. My core team consists of six or seven people and has done so for the year and a half I’ve been signed and the year and a half before that.

“For people to suggest that it’s been an easy journey for me to get to this position means we’re doing our job properly. It looks like it’s just happened, but it wasn’t like that. It’s so fucking hard. There have been so many setbacks and failures and heartache.”

Then, there are those who have a go at his upbringing in a part of England usually represented by Tory politicians.

“The political standpoint of the place where I grew up had no effect whatsoever on my upbringing,” he says. “It’s not a political standpoint that I am remotely affiliated with or a part of. People like to talk about the fact that I appear to be a white, privileged hipster who comes from a Tory part of the country, whereas I couldn’t give a shit about any of those things whatsoever.”

He describes the kid who grew up in Little Chalfont as “very confident, really arrogant”, who came from “a really lovely family in a really lovely part of the country”.

Beating myself up
However, in hindsight, Garratt says there were a lot of self-esteem problems. “I spent all those earlier years of my life degrading myself and beating myself up. I was desperate to be accepted because I had such low expectations of myself that I tried to find those expectations in other people.

“I got to a point when I was 20 that I dropped out of university because I felt I didn’t have any purpose and I wanted to find a fire in me.

“As soon as I moved out and was on my own and had nothing, I found it. I was in London and I found a great supportive community of people and have never looked back. The minute I moved to London, I changed everything about my sound, my appearance, my confidence. I was fat, had terrible skin, didn’t look after myself and had a big curly Afro. I did a 180 and my self-esteem totally changed.”

Like many teenagers with doubts, Garratt feels he couldn’t speak about what was going on in his head.

“Being able to speak openly about those very intense, very raw, self-analytical emotions at that age is difficult. For me, it was difficult because it happened at a time when I realised I was a bit more arrogant than I should be.

Finally, calm
Garratt finally found his feet, writing songs and playing music. “When I moved to London, I began to make sense of myself and realise that we’re all as fucked up as each other, and everything began to calm down. It doesn’t make it any easier – life still sucks. But, emotionally, I found an enormous amount of calm.”

For his debut album, Garratt favoured emotions when it came to the songs. “The album has taken three years to finish, from me writing the earliest songs to finishing the newest song. I get inspired by the sounds that evoke an emotion from me. That’s what I am drawn to; that’s what turns me on. The best music is the music which brings out something of you that you didn’t know was there before, or you did know was there but had avoided.”

Phase is now done and dusted, so there is no going back. Garratt’s happy with how it sounds and how it represents him. What comes next is in the lap of the gods, though he has a simple plan.

“I just hope the album comes out as planned, that people will like it and it won’t be up against the Frank Ocean album.” He smiles.

“And I hope I’m still doing this in a year’s time – and still getting to talk about music as my job.”