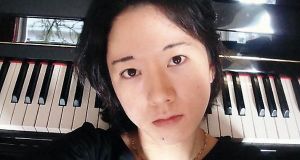 Curated concert series are an excellent way for open-minded listeners to dip a toe in the fast-moving waters of the Irish creative music scene without fear of drowning. American-born composer and musician Ethan Edwards takes over curation of the excellent Dublin Jazz Co-Op series at the Workman’s this month, and first up is Kilkenny saxophonist Adam Nolan’s Street Improv group. A workshop-style band who have honed their boisterously hypnotic sound in the studio over three albums to date, the quartet – which also includes guitarist Chris Colloton, bassist Cillian Byrne and drummer Lorcan Byrne – will be previewing material for their next album, to be released later this year.

The new monthly series of Sunday afternoon concerts at Lost Lane kicks off this week with a quintet led by leading Belfast trumpeter, educator and BBC broadcaster Linley Hamilton. The trumpeter toured Ireland in 2019 with an all-star band that included US drummer Adam Nussbaum, and a new album by the group, For The Record, is slated for release in the Spring. Nussbaum may not be on the bill this time, but he is more than ably replaced by star Belfast drummer Darren Beckett. The talented group also includes saxophonist Derek O’Connor and pianist Cian Boylan, and there’s a guest appearance from Lisburn-based US vocalist Dana Masters.

At this stage, saxophonist Richie Buckley can lay some claim to national treasure status in Irish jazz, and his relatively infrequent appearances as a leader always draw an appreciative crowd. A virtuosic player with a deep understanding of the classic saxophone tradition, Buckley has worked with everyone from Freddie Hubbard and Elmer Bernstein to Barry Manilow and Bob Dylan, and he was a long-standing member of Van Morrison’s touring band. The Dubliner’s own quintet is a powerfully swinging group with pianist Myles Drennan, guitarist John Moriarty and the senior rhythm team of bassist Dave Redmond and drummer Kevin Brady.

Nina Simone’s enduring mainstream popularity has tended to obscure her importance as a jazz musician and innovator. One of the few singers of jazz’s classic era to compose her own material and to accompany herself at the piano, Simone was also an important voice of the American Civil Rights movement and a passionate feminist who frequently put politics ahead of career advancement. Galway guitarist Aengus Hackett’s popular series at the Black Gate, celebrating the most important figures in the history of jazz, reprises his examination of Simone’s much-loved catalogue, first presented last summer, in the company of Galway-based Italian singer Barbara Vulso, bassist Dan Bodwell and drummer Barry Duffy.

In the last year, Cork trombonist Paul Dunlea has toured with Michael Bublé, curated a jazz series at the Cork Opera House and musically directed the popular Tuesday night sessions at Crane Lane, but even by the trombonist’s breathless standards, this latest project is a major undertaking. 4 Corners is a suite of original compositions referencing the War of Independence, using musicians drawn from across Britain and Ireland, including London-based bassist Michael Janisch, Scottish pianist Steve Hamilton, Birmingham-based drummer Andrew Bain, and Dunlea himself from the people’s republic of Munster. The heavyweight quartet arrives on these shores following dates in London, Glasgow, Edinburgh and Brighton, so expect a well-honed group sound from four experienced improvisers.

The more abstract end of the improv spectrum has always struggled for purchase in Irish ears, and musicians with the necessary combination of technical skill and melodic intrepidity are rare, so this chance to hear pianist Izumi Kimura and violinist Cora Venus Lunny reprise their duo collaboration in the intimate upstairs Vintage Room at the Workman’s Club should not be missed by the open of mind and ear. The talented pair have been working together on and off since 2017, and most recently collaborated as part of Kimura’s well-received composer-in-residence series at the DLR Lexicon in Dún Laoghaire. With an album now scheduled for the summer, what began as a spontaneous encounter is maturing into an important contribution to the cause of Irish musical freedom.