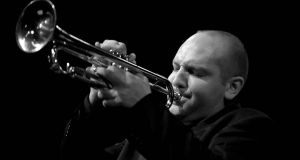 Composer Trevor Knight’s setting of the words of New York wit Dorothy Parker to music was a hit in that city when he and vocalist Honor Heffernan premiered The Whistling Girl there in 2017. The former Auto Da Fé keyboardist’s witty score draws on everything from Weimar cabaret to New York punk to ’80s synth-pop, and in Heffernan he has the perfect interpreter – one who combines the arch theatricality of a cabaret artiste with the range and vocal savvy of Ireland’s most respected jazz singer.

The name of the band playing the latest offering in the ongoing Dublin Jazz Co-Op series is a clue to the recent wanderings of its members. Twee Dropjes (Dutch for “two drops”) is Irish bassist Diarmuid Lally and Peruvian guitarist Rodrigo Almonte, who have both played all over the world but recently have been furthering their musical educations in the Netherlands – Lally at Conservatorium van Amsterdam and Almonte at the Prince Claus Conservatoire in Groningen. Here’s a chance to hear what they’ve learned – apart from a few words of Dutch.

Richie Buckley’s list of credits runs from Freddie Hubbard to Van Morrison to Barry Manilow, but the hugely talented saxophonist is at his best when he can cut loose with a hard-swinging band. That is exactly what this A-team quintet is set up to do, with pianist Myles Drennan, guitarist John Moriarty, bassist Dave Redmond and drummer Kevin Brady capable of launching Buckley into that zone that has made him one of the best-loved musicians on the Irish scene.

Bennigans bar has become a beacon for jazz in the northwest over the last five years, and that is due in part to award-winning Belfast drummer David Lyttle and rising Derry guitarist Joseph Leighton, who have become regulars on the bill there, leading their own projects and attracting some star collaborators to the atmospheric city-centre venue. They start a new Sunday evening residency at Bennigans this week, promising updates on their ongoing collaboration as a duo and some special guests over the coming weeks and months.

Over the past decade, Derry-born, Glasgow-raised and London-resident trumpeter Ryan Quigley has become one of the most in-demand lead trumpeters on the UK scene, plying his horn for everyone from Quincy Jones and Aretha Franklin to Vince Mendoza and the Bad Plus. A talented arranger as well as a powerful soloist, Quigley has had a longstanding affection for the classic 1958 recording of Porgy and Bess by Ella Fitzgerald and Louis Armstrong, and for this gala performance by the excellent RTÉ Concert Orchestra under Stephen Bell, the trumpeter has painstakingly recreated arranger Russell Garcia’s lost score for Gershwin’s much-loved opera. Trumpeter Enrico Tomasso – despite the name, a Yorkshire man born and bred – takes the role of Armstrong and London vocalist Nicola Emmanuelle channels Fitzgerald. With famous Gershwin tunes like The Man I Love, Embraceable You, and Fascinating Rhythm, as well as Nelson Riddle’s arrangement of I Got Rhythm, this promises to be a night to remember for those who hanker after the big band glamour of jazz’s classic era.

The artists formerly known as the CEO Experiment changed their name when drummer Cote Calmet was replaced by noted Barcelona percussionist Gonzalo Del Val, but their sound – a rhythmically adventurous update on the traditional piano trio format – has continued to evolve in a similar direction. Hungarian bassist Peter Erdei supplies supple bass lines and virtuoso Venezuelan pianist Leopoldo Osio provides the sort of fiery creativity at the keyboards that makes Next Experiment one of the most exhilarating live experiences on the Irish scene. For this one-off performance, they add Barcelona-born saxophonist Giani Gagliardi, one of the rising stars of the ultra-competitive Brooklyn jazz scene.