Four of the best traditional music concerts in Ireland this week 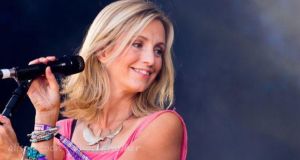 Cara Dillon and Gráinne Holland
Clonard Monastery 7.30pn £17 ticketmaster.ie
Belfast’s Féile an Phobail hosts two very fine singers, each celebrating the release of an album. Cara Dillon’s Wanderer, released last year, will doubtless inform much of her set tonight, with the theme of emigration front and centre. Gráinne Holland releases her third album, Corcra, shortly, which is full of her own original song compositions in both English and Irish. The pair of singers will be supported by Féile Women’s Singing Group.

Luka Bloom
Live @ the Barn, The Doolin Hotel 9pm €20 hoteldoolin.ie
Some four decades after Luka Bloom first set foot in Doolin, he returns for a summer concert, with support from The Fiddle Case. He’s been living in Clare for the past five years, and his allegiance to this part of the world is writ large in his music, not least in his The Fertile Rock. Bloom’s always worked hard to keep his music fresh, invigorating it with travels far and wide, and with an innate passion for calling out the world’s wrongs. His unmistakeable guitar rhythms, well-deep vocals and vast, eclectic songbook are likely to make this a gig that’ll go on long into the night.

Ye Vagabonds
Áras Éanna Theatre, Inis Oírr 8pm €10 islandermusic.net
Brothers, Brian and Diarmuid MacGloinn continue on their picaresque tour of the islands, bringing songs of, by and for the islands in their knapsacks, and gathering more along the way. Accompanied by film-maker Myles O’Reilly, who is documenting this unique odyssey for broadcast later in the year.