Three of the best classical music concerts in Ireland this week 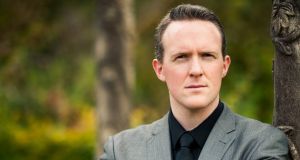 RTÉCO/Sinéad Hayes
NCH, Dublin; 1.05pm; €12; nch.ie
18-year-old cellist Killian White, winner of this year’s €15,000 RDS Music Bursary, receives engagements with RTÉ’s performing groups as part of his prize. White, who moves to Paris in September to study under Jérôme Pernoo at the Paris Conservatoire, is the soloist for the RTÉ Concert Orchestra’s lunchtime performance of Tchaikovsky’s Rococo Variations. The conductor is Sinead Hayes, who made her debut with the orchestra five years ago, and the programme also includes Mozart’s Don Giovanni Overture, Arthur Duff’s Meath Pastoral, Weber’s Freischütz Overture and the Polonaise from Tchaikovsky’s Eugene Onegin.

The Return of Ulysses
Kilkenny Arts Festival 7pm; also Fri 7pm, Sun 3pm; €29, €40/€35 kilkennyarts.ie
Kilkenny Arts Festival’s classical music programme, the last from outgoing festival director Eugene Downes, hits the ground running with the first Irish production of Monteverdi’s Il ritorno d’Ulisse in patria. The work is being sung in Christopher Cowell’s new English translation and is being given a full staging at the Watergate Theatre by Opera Collective Ireland. Patrick Mason directs, with sets and lighting by Paul Keogan and costumes by Catherine Fay.  The large cast includes Gyula Nagy as Ulysses, Raphaela Mangan as Penelope, and Andrew Gavin as Telemachus. Christian Curnyn conducts one of Germany’s leading period-instruments orchestras, the Akademie für Alte Musik Berlin. The production will also be seen at the Pavilion Theatre, Dún Laoghaire, on Friday, September 7th, and Saturday 8th.