Dennis Russell Davies: ‘The trick is to give the composers a chance’ 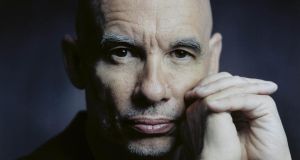 Dennis Russell Davies: ‘The immediacy of live performance, you can’t beat it’ 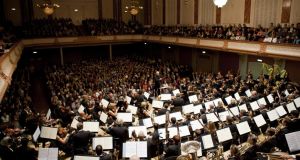 Dennis Russell Davies, who was born in Toledo and turned 71 last April, is a conductor who’s done it all. In the US he has headed up the Brooklyn Philharmonic, the St Paul Chamber Orchestra and the American Composers Orchestra, which he helped found. He has conducted at the Met in New York and the Lyric Opera in Chicago. In Europe, he has been general music director of the Staatstheater Stuttgart, and of the city of Bonn, and currently holds that position at Landestheater Linz, where a new €180 million opera house opened in 2013, with €25 million of the cost accounted for by stage technology.

He has also been conductor of the Stuttgart Chamber Orchestra, the Vienna Radio Symphony Orchestra and is currently conductor of the Sinfonieorchester Basel. He has recorded complete cycles of the symphonies of Haydn and Bruckner and is working on Schubert. He has tackled Kurt Weill with Marianne Faithfull and performed and recorded classical piano duets and duos with his wife, Maki Namekawa.

But most of all he is associated with new music. That association goes back to the early years of his professional career in the late 1960s, when “ it was mostly with Luciano Berio, Bruno Maderna, Pierre Boulez. The first new music I did came from that perspective. I’ve been very fortunate in my career. I’ve been friends with all these great composers: Cage, Copland, William Schuman. I knew them, and they trusted me and asked me to do their pieces.”

A great point of view

Berio and Boulez he regards as teachers, though not specifically of conducting. “What they taught me was really a point of view. Both Berio and Boulez always played old and new music. They never were interested in being part of a ghetto. “And then, being with Cathy Berberian [to whom Berio was married from 1950 to 1964], who not only sang every contemporary sound invented by man, but also sang wonderful Purcell and Orlando Gibbons and Mozart. She had this really flexible, beautiful voice, and a personality that was curious. That had a great influence on Luciano, and then had a great influence on me, second-hand.”

In the 1970s and 1980s he met a new generation: Philip Glass, John Adams, Henryk Górecki, Giya Kancheli, Arvo Pärt. “We became very close. It was a different kind of music, a different perspective on music. And these friendships endured to this day. I speak regularly with Philip on the phone, I was with Giya on the telephone last week, on the occasion of his 80th birthday.”

“Being friends with composers, knowing what I talk about with them and their music, what I ask them, I can have the same dialogue with Beethoven. It’s possible; you just have to imagine what you think his answer would be.”

The world of new music is riddled with factions. The generation of Boulez, he says, “obviously believed in and loved a certain kind of music. The new tonality, the so-called minimalist school and all that was almost a reaction to them. It was not that they necessarily were able to understand it or even be open to it. But I was. I was able to do one without sacrificing the other.”

He was also close to Hans Werner Henze, “who was not part of any of these groups. He was just doing his own music in his own place. It was wonderful because it came from the language, it came from the text. He imagined the sound, and then if it was tonal or atonal, or whatever it was, it was just part of his continuum.”

He shies away from a question about where today’s cutting edge might be, and when I ask about composers under 30, he laughs, and tells me about a conversation he had with his wife. “I told her the other day I had an idea for a programme of Philip Glass and John Adams and a friend of mine in Vienna, Kurt Schwertsik. She looked at me and said, ‘The golden oldies’. This is for me new music. But of course she’s right.”

I try another tack. What might be down the road after Glass, Adams and Pärt? “It’s a two-part answer. One is, what will be the instrument? I think it’s so important that the symphony orchestras, all of them, not listen to boards of directors who are worried about tickets selling, and continue to cultivate composers. If the composers don’t have an orchestra to write for, they won’t write for them any more.

“And young people, who are getting everything fed over loudspeakers and earphones, we’ve had situations where I’ve played concerts for young audiences, and we’ve played some terrific film music that they know, and they see it live and it’s like a wow experience. The immediacy of live performance, you can’t beat it.”

He speaks highly of Swiss composer Martin Jaggi, whose music he has just encountered and conducted for the first time. “The trick is – the important thing for my colleagues – is to give the composers a chance. Look at their music, don’t be so damned inhibited. Just play it. If it’s not great, so what? We play a lot of fairly good classical music which also sometimes isn’t great. Let the music be heard.”

Sometimes, of course, composers don’t make things easy for themselves. “When we do a piece by Haydn, or Mozart, Brahms, Tchaikovsky, Stravinsky, Boulez, Debussy, we’re playing music by composers who know how the instruments sound best. So there’s always an opportunity for the players to sound wonderful.

“When you’re doing a new piece, you don’t know whether the composer has that skill or not. If he does, his music stands a better chance. If you notice that he has a flair for which instruments play what when, it has a better chance of being heard and understood.”

It’s a skill that can be studied and developed. “When Philip Glass wrote his first orchestral music, it didn’t matter who was playing it, it was the same music. A few years later his scores have a subtlety of colour and sound that have to do with how he picks the instruments for certain things. He knows what they do. Everybody has to start somewhere.”

DENNIS RUSSELL DAVIES: IN HIS OWN WORDS

Mike Skinner: ‘You can go too far with honesty’
10

Have arts and culture been demoted again?
Real news has value SUBSCRIBE