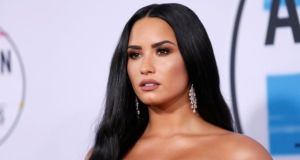 Demi Lovato revealed she was still living with the effects of the overdose, including brain damage and blind spots in her vision, which prevent her from driving. File photograph: Danny Moloshok/Reuters

Demi Lovato has revealed that she suffered three strokes and a heart attack following her near-fatal drug overdose in 2018. The chart-topping pop star, who is 28, was taken to hospital in Los Angeles after relapsing. She had been sober for six years.

Lovato explores her battle with addiction in a new YouTube documentary series, Dancing with the Devil, and in a new trailer shared details about her overdose. “I had three strokes,” Lovato said. “I had a heart attack. My doctors said that I had five to 10 more minutes.”

Lovato revealed she was still living with the effects of the overdose, including brain damage and blind spots in her vision, which prevent her from driving.

Lovato said she wanted to “set the record straight” with the documentary, which features a friend telling the camera “she should be dead”. She added: “I’ve had a lot of lives, like a cat. I’m on my ninth life.”

Sir Elton John also appears in the trailer and says: “When you’re young, and you’re famous, my God, it’s tough.”

Dancing with the Devil, a four-part series directed by Michael D Ratner, promises to give fans “unprecedented access” to Lovato’s recovery and career since the overdose in July 2018. The singer, whose hits include Sorry Not Sorry and Heart Attack, previously described the day she almost died as her “miracle day”.

This is the third documentary featuring Lovato. The 2012 film Stay Strong explored her recovery after she cancelled a tour with the Jonas Brothers to enter rehab. In 2017’s Simply Complicated, Lovato admitted she had been dishonest in Stay Strong and had been under the influence of cocaine during the making of the film. – PA

Demi Lovato: Dancing with the Devil premieres on YouTube on March 23rd