David Bowie’s business acumen was as pioneering as his art

He was the first major artist to issue bonds, selling $55m worth of “Bowie Bonds” in 1997 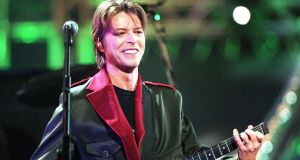 David Bowie had a gift for grasping the zeitgeist. In business the term is “staying relevant”.

Behind the fey, otherworldly personas, Bowie was a shrewd financial operator who wasn’t afraid to dabble in new ways to monetise his output.

He was the first major artist to securitise royalty streams, selling $55 million worth of “Bowie Bonds” in 1997. The bonds, initially offering investors a return of 7.9 per cent, were tied to the future earnings of his back catalogue, which included songs such as ‘Space Oddity’ and ‘Changes’.

The move paved the way for dozens of artists – including James Brown, Rod Stewart and Iron Maiden – to follow suit.

The bonds eventually crashed in 2004, downgraded by Moody’s to one notch above junk status, as the impact of digital downloads eroded traditional music sales.

Nonetheless, his early experimentation with securitisation prompted BBC’s ‘Newsnight’ presenter Evan Davis, 10 years later, to jokingly accuse him of causing the credit crunch. “Bowie’s bonds were as groundbreaking as his music,” said Rob Ford, a London-based money manager at TwentyFour Asset Management. “Not only were they followed by a number of other artists, but they set the template for deals backed by a whole range of assets.”

In 1999 Bowie launched his own retail bank, offering a range of financial services, including MasterCard debit cards. The experiment was short-lived. Apparently, customers didn’t take to debit cards with Bowie’s mug on them. Perhaps the image of Ziggy Stardust in hotpants doesn’t evoke enough financial probity.

Nonetheless, both episodes show how Bowie’s flirtation with innovation stretched beyond the music. Perhaps this is best illustrated by his embracing of new media and the internet, often to his own detriment.

In 1996 Bowie was the first mainstream artist to sell a new song, ‘Telling Lies’, as an online-only release. He used his website to distribute more than 300,000 downloads.

In 1997 an ambitious attempt to transmit a live “cybercast” of his Earthling concert tour from Boston flopped when most viewers were left in buffering limbo.

His 21st album, ‘Hours’, released in 1999 on Virgin Records, was the first album by a major artist to be available to download – a full two weeks before it could be purchased in the shops. This was two years before Steve Jobs introduced iTunes.

At the time Bowie had been working with the interactive technology gurus Robert Goodale and Ron Roy. In 1998 he launched BowieNet, through his company Ultrastar, an ISP offering fans access to the internet, which was attached to a special Bowie-dedicated website. The singer said he wanted to “create an environment where not just my fans, but all music fans could be part of a single environment where vast archives of music and information could be accessed, views stated and ideas exchanged”.

A CD-Rom was issued to subscribers. It featured a customised internet browser and two unreleased live Bowie tracks. The enterprise finished in 2006, but many still view it as a forerunner to social media.

Bowie’s foresight on what the new internet era meant was evidenced in an interview he did with the BBC’s Jeremy Paxman in 2000, a time when many failed to grasp the significance of what was happening. “I think we’re on the cusp of something exhilarating and terrifying. The context and the state of content is going to be so different to anything we can envisage at the moment, where the interplay between the user and provider will be so in simpatico it’s going to crush ideas of what mediums are all about.”

The bored ad man David Jones, who changed his name to David Bowie to avoid confusion with The Monkees’ Davy Jones, was a master marketeer. He put the video for ‘Where Are We Now?’ on his website on January 8th, 2013, his 66th birthday. His first track in almost a decade – released with no marketing fanfare – caught the industry by surprise. The anti-promotion made it an internet sensation, and provided the perfect pitch for the album ‘The Next Day’, which launched on iTunes within hours.