Could these Malawian prisoners be in line for a Grammy? 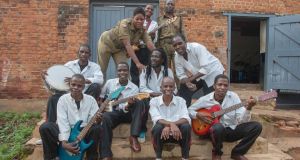 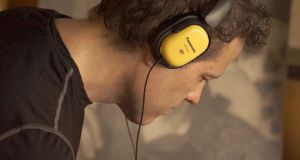 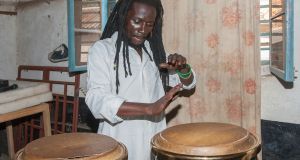 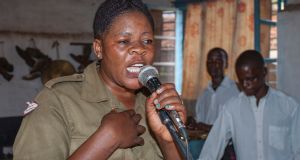 There is one nominee for this year’s Grammy Music Awards who won’t make the glitzy event in Los Angeles on Monday, February 15th. The singers and musicians featured on the I Have No Everything Here album won’t be there because they are in a maximum-security prison in Malawi.

That the Zomba Prison Project album has made the shortlist for best world music album, alongside such artists as Gilberto Gil, Angelique Kidjo, Ladysmith Black Mambazo and Anoushka Shankar, is quite a feat. That the album, featuring songs and contributions from about 60 prisoners, was made in the first place is even more remarkable.

Ian Brennan is the producer behind the album. He has previously worked with artists such as Tinariwen, Lucinda Williams, Wilco’s Nels Cline, TV On the Radio’s Kyp Malone and Tunde Adebimpe, and Fugazi. He has also produced records by the Good Ones in Rwanda, the Wayo Trance Percussion Masters in South Sudan, and the Malawi Mouse Boys.

Away from the studio environment, Brennan is a writer who has had four books published to date, and a violence prevention expert who has taught classes and courses worldwide.

He had the idea to do a prison project for years. “The people who live in the poorest region of the poorest country like Malawi have to fight to be heard because the people who control the narrative are often well-educated or upper-class. They’ve gone to university, they’ve got laptops, they’ve got wifi connections and that’s not the experience of the average Malawian.

“That came to light when I worked with the Malawi Mouse Boys and I wanted to go deeper in this culture and find out who were the most unrepresented. That’s usually people who are in prison. Prisoners are not listened to, they’re silenced and maligned, so it stood to reason that if you go into a prison that people will have things to say and things they want to express.”

Getting the project off the ground initially involved working with an NGO already in situ in the prison and getting the okay from the prison commissioner. In return for teaching classes on conflict resolution to inmates and prison guards, Brennan and his wife, film-maker and photographer Marilena Delli, were allowed to record the prisoners.

“I always felt there had to be musicians and singers there. My whole perspective with the music industry is that the system is an economic construct. Do we really believe that on a planet of seven billion people there are a small handful of people who are so superior musically that they should be treated differently? That’s damaging for everyone. All these records I’ve done with musicians from Rwanda or South Sudan or Vietnam are about giving people an opportunity to speak who might otherwise be ignored.”

While Brennan knew a band already existed in the prison, he found the best stuff came from the margins. “We had to pry one of the best songs of all from this guy who claimed he wasn’t a songwriter or a singer. He was a bass player – actually he was the back-up bass player and so he doesn’t even play on the record – and he came in and did this song and it’s so awesome, so funky. So many bands in Brooklyn wish they were that funky.”

The prison has male and female inmates, and Brennan felt the women’s stories were far more interesting. “Within the prison, the men have more room and facilities. They have electricity, guitars and a PA system, similar to what any garage band in Ireland might have. The women have nothing. They’ve two hand drums and they play buckets and pieces of steel pipe and that’s it. But I felt from a narrative standpoint that their voices and songs were more compelling and their songs were better.”

The Zomba Prison Project gave Brennan further impetus to write a book, How Music Dies (or Lives), which had been kicking around his head about the corporatisation and colonisation of music, media and popular culture.

“The book was born out of the prison project. I also think that my wife was tired of me going on about these ideas all the time so she said, ‘Go write a book’ . . . The thing about the book is that the themes in it are so recurrent. The final draft got finished last month and even since then, there’s new material. It’s all reinforcement of the same prejudices because ignoring other cultures is so prevalent.

“I’m not an ethnomusicologist and I know music is a hybrid and constantly in flux, and I’m not too concerned with drawing the line to where something came from because it gets very complicated very quickly. But at the same time, when you hear someone taking a sound and an aesthetic wholesale and grafting it on to their culture, it’s horrifying. We need to have more representation of international music and languages globally to offset the dominance of English-language artists and media.”

He cites a visit a few years ago to Rwanda as an example of how this dominance works. “Marilena is Italian-Rwandan. Her mother is Rwandan and we went back with her for the first time after the genocide to make a documentary called Rwanda Mama. There was a music festival on at the same time and it was just ‘name that band, name that singer’. They were all trying to sound like Beyoncé or Snoop Dogg, except they were singing in Kinyarwanda. I don’t think that’s healthy.”

Brennan found himself sharpening his ideas and arguments as the writing process went on. “The book’s a lot less angry than it was when I started. I actually took out some of the more pointed stuff because I wanted the book’s emphasis to be on certain themes. I didn’t want to alienate anybody but I didn’t want to be too snarky. However, it might come across differently to someone who hasn’t considered this before, and hopefully people will discover it a year or more from now and get something from it.”

Between the new book, the ongoing acclaim for the Zomba Prison Project album and new adventures, Brennan has more than enough going on to keep him busy. It’s what he wanted to do when he was coming up in Oakland, California, and he doesn’t see any need to change or switch at this stage.

“I’ve been doing this forever and think I will be. All I ever wanted to do was make music and read books and be involved in art in some way. I come from a working-class background with no connections, so I’ve pulled myself up to this position.

“I make punk rock records, not world music records, that’s my buzz, that’s what influences me. If a song is only a minute and a half long or a record is 30 minutes long, that’s good, that does it for me.”