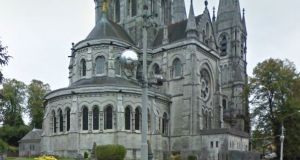 What have the Easter Rising, William Shakespeare and a group that sounds as if they should be performing in Game of Thrones all got in common? Not a lot you might think and you might be right but all are going to be centre stage at this year’s Cork International Choral Festival this weekend.

The festival, which opened on Wednesday night with a Gala Concert featuring Seán Ó Riada’s Mise Éire Suite, will see some 5,000 singers descend on Cork for an event which, now in its 62nd year, includes gala concerts, competitions, workshops and free outdoor performances.

Festival manager, Sinéad Dunphy said that the festival is the ideal opportunity for lovers of choral music to catch impromptu performances in pubs, cafes, churches and libraries as well as the more formal setting of concert halls for the international and national competitions.

“The event which attracts almost 50,000 people to Cork over the weekend, is the perfect chance for locals and visitors alike to enjoy a fantastic line-up of the best choirs and voices from around the world and we hope that everyone joins in the fun,” she said.

Among the highlights of the festival is a concert at St Fin Barre’s Cathedral which will feature the festival’s choir in residence, Chamber Choir Ireland performing two specially commissioned pieces remembering the Easter Rising and the 400th anniversary of Shakespeare’s death.

“The concert at St Fin Barre’s on Friday evening will premiere a newly commissioned work from Stephen McNeff A Half Darkness which explores the Rising through a reflection on life in Ireland before the Rising and the landscape that influences the events which ensued,” said Ms Dunphy.

“The concert will also feature the world premiere of a piece by Amanda Feery from Offaly which uses a text that reflects on the 1916 Rising and will sound like something from the distant past in the context of contemporary carefully conceived choral sounds.”

Ms Dunphy explained that Shakespeare will also be remembered at the concert which will use many settings from his plays including The Tempest and Macbeth as well as a new setting of the prologue to Romeo and Juliet by Finnish composer, Jaakko Mantyjarvi.

And, what of the Game of Thrones connection? A late night concert, Evocations, taking place in the Cathedral of St Mary and St Anne, features a cappella vocal trio, White Raven, who sound both in name and style, as though they might feature in the HBO hit series.

“White Raven are among the foremost exponents of medieval song – they really have perfected the art of ensemble singing – they sing arrangements of Irish traditional, Scottish and medieval song and have been hailed by Irish Times critics as having ‘voices of purest gold’,” she said.

Ms Dunphy said that among the other highlights is the International Fleischmann Gala on Saturday night at Cork City Hall where some of the world’s top amateur choirs will compete for one of “the most prestigious prizes in international standards”.