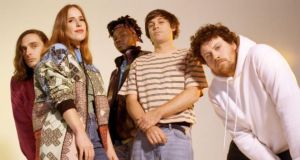 Body & Soul 2020: Metronomy will be one of the festival’s headline acts

Body & Soul has announced the line-up for this year’s festival, with Metronomy and Róisín Murphy among the headline acts.

King Kong Company, Princess Nokia and Kojaque will also take to the stage in the 11th year of the Co Westmeath festival, which takes place from Friday, June 19th, until Sunday, June 21st, at Ballinlough Castle.

Marc Rebillet makes his Body & Soul debut, Khruangbin brings soul dub and psychedelia to the midlands, and Sampa the Great brings “no-holds-barred empowering vocals rooted in neo-soul”, according to the organisers.

To mark the summer solstice, the Burning Man temple builder Geordie Van Der Bosch has designed a 10m-tall temple, which will be part of the new Ideas Programme stage.

Inside Story by Martin Amis: An arrogant and long-winded mess
10