Lisa O’Neill: On My Culture Radar 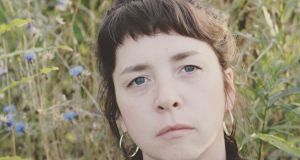 Singer-songwriter Lisa O’Neill: ‘I recently watched Charlie Chaplin’s The Great Dictator from 1940 and was amazed at how relevant I found it to be.’

Current favourite book
I’m reading Innocent When You Dream: The Tom Waits Reader, an anthology of reviews and interviews. He’s deadly, to the point, and witty, and no more than myself, he’s not a fan of the old leading questions.

Restaurant
I did a gig in Waterford a couple of weeks ago and at a restaurant called Momo on St Patrick’s Street. I adored the food – I ordered the prawns – and it’s run by a lovely couple who really go above and beyond with their hospitality. They seem to be involved in the community too; every year a fantastic street art festival called Waterford Walls is held, in which street artists from around the world come to paint large-scale pieces around the city, and they feed the artists that come to participate. Momo also boasts a four seasons menu, and I look forward to returning in autumn.

City
I love the old cliché cities, Paris, New York and Dublin but I’ve recently come to be impressed by London. I find myself fascinated by its means of integration and whenever I’m there I get the sense that the whole of the world is continually passing through. Whether that will continue if Britain exits from the EU remains to be seen.

Gadget
I recently came across a nose whistle in Gandharva Loka, a world music instrument shop in Dublin, while looking at harmoniums. It’s a small piece of plastic which is held over the nose and mouth, and you blow through your nose and create the note with your mouth. When played properly it can mimic the sounds of many birds, and it provides me with hours of fun. The old tweet is back and it’s got a lot to say.

Comedian
Tommy Tiernan is my favourite comedian. He is a beautiful human. Even though he claims that Cavan women are half crow, I hope he runs for president some day. I think to be deeply amusing is to touch off the darkness in humanity and flip it so that we can look at ourselves, laugh at ourselves and admit how little control we actually have.

Film
I recently watched Charlie Chaplin’s The Great Dictator from 1940 and was amazed at how relevant I found it to be. I wish someone would make a film like that about Trump today.

Play/musical
I recently had the honour of being invited to Paris by lifelong circus performer James Thierrée, to see his one-man show Raoul. I have never before been so affected by a live show. He wrote and performed it, and it’s about a schizophrenic man moving inconsistently from one personality to another. Not only can Thierrée fly, become invisible or bend himself like no person I’ve seen before, but he appears to have written his own language, which helps us move with Raoul’s chaos from start to end, like it’s resonating with the inner chaos of the audience. He’s an incredible talent.

Album
I only discovered Michael O’Shea in the last few months after All City Records re-released his self-titled LP, and RTÉ uploaded an archived clip of him playing. He was born in Newry in 1947, and went on to play the dulcimer and travel the world from a very young age. O’Shea himself is the inventor of the Mo Chara, an instrument he made by attaching strings and electrics to a door he found in Germany, and playing it with paint brushes. When I put on his LP, I was hooked with the first note. His range of tone, dynamic, rhythm and mood are incomparable. He’s a truly authentic composer and I cannot give him high enough praise.

Artist/designer
This may be biased but I love the textile work of my sister Jackie O’Neill also known as Dotti Was a Deer, who runs a gallery in Cavan town and specialises in folklore. She recently did a piece on Irish emigrants, and went to the London Irish Centre and met Irish people who went over in the 1940s, 1950s and 1960s and have not found a way or reason to return since. She depicts this very beautifully in her work.