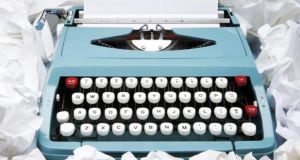 How the mighty are fallen. First shall be last and last shall be first. For whoever has will be given more, but whoever does not have, even what he has will be taken from him. The arbitrary nature of life.

Yet there is something heartening about luck, that unpredictable god who treats us so casually.

I was listening to Ryan Tubridy on the radio one Friday morning recently, as I do, when something happened which seemed to strike hard at the thick profundity of the world, if you’ll pardon the liberty.

A favoured winner was struck down by luck and, lo, I was glad. It suggested there is hope after all for everyone, whatever the odds.

It was the final day of a week-long competition for a car in which contestants had to do an imitation in character of well-known lines from the movies.

Some I heard earlier in the week were truly awful. Others were okay to good.

Four contestants got to the final, two men, two women (such gender luck!) and each was given one of 12 key fobs on correctly identifying the movie from which a well known line was quoted.

For example, “ . . . here’s looking at you kid”. From the film Casablanca. Only one key fob would unlock the car and its holder would be the winner.

To make a long story shorter, one of the guys won five key fobs, the second guy won three, while the girls won two each.

Right to the end, despite their knowledge of films or a lack of it, it was clear anyone could win. Yes, luck the leveller.

Eventually the two girls were eliminated as their key fobs did not unlock the car. Leaving the two guys. It almost went to the wire with Mr Five Correct Answers the clear favourite. But it was Mr Three who had the correct key fob not Mr Know Them All.

And I was delighted at the apparent injustice. This surprised me. Delving deep I realised this was because it showed, whatever the odds stacked against a person, Lady Luck still does smile on the underdog, giving hope to the divine majority.

The word luck dates from 15th- century Middle English and is believed derived from Middle Dutch luc, a shortening of gheluc meaning “happiness, good fortune”, but itself of unknown origin.