Idlers of the world unite: Why the work ethic needs to be resisted

Unthinkable: The problems of modern labour call for a ‘collective and structural solution’, says David Frayne 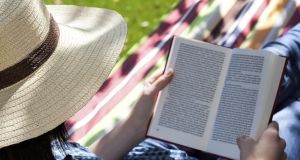 ‘To resist work, a person has to overcome society’s moral objections to idleness.’ Photograph: Getty Images/iStockphoto

The myth of the modern workplace is that new technology and an increasingly educated workforce is redefining labour for the better. Monotonous, manual work can be done by machines, freeing humans up to do creative, value-added, entrepreneurial activities. So we’re told.

The truth is there has been an explosion in what anthropologist David Graeber calls “bullshit jobs”. The knowledge economy compels us to communicate more – even when we want to switch off. And, as individuals come under pressure to stand out from the crowd, there emerges what sociologist David Frayne calls a “culture of gratitude” where labour is given without charge in return for “profile” or imagined networking benefits.

“In this hyper-competitive context,” he writes, “it has almost become a matter of bad taste to fuss about issues like contracts, payment, and working conditions. You should just be grateful to have an opportunity in the first place.”

Frayne has mapped these modern changes to the labour market in his book The Refusal of Work, which his part sociological study and part polemic. Valiantly, he takes up where the likes of Robert Louis Stevenson and Bertrand Russell left off in offering a defence for the dosser.

Anyone of a certain vintage who went through the Irish education system will remember Stevenson’s An Apology for Idlers with its fierce criticism of those “dead-alive” professional-types “who are scarcely conscious of living”.

Frayne, however, is less judgmental in his tone. It is hard for an individual to resist the prevailing culture, says Frayne, this week’s “Unthinkable” guest; that’s why the solution must be collective.

From your interviews with workers, what did you identify as the main sources of resistance to “idleness”? And is part of the problem that people struggle to find meaning outside of the workplace?
“One of the main problems faced by people who champion less work is the ongoing prevalence of the work ethic. Some writers have argued that we are now shoppers and pleasure-seekers before we are workers, but I think the work ethic is still very palpable.

“Having a job is routinely linked with ideas of happiness, success, maturity, and good character.

“Non-workers face harsh judgment because it is not always imagined that there are ways to ethically orient yourself in the world or make a social contribution without doing paid work. In this narrow view, you are either worker or shirker.

“I think that this sense of moral disapproval is more of a problem for non-workers than any struggle to find meaning outside of the workplace. When people are afforded so little autonomy in their work, and when so much work has dubious value to society, it seems that a lot of us are actually finding our primary sources of meaning outside employment – in friendships, family, escapes from reality, or self-initiated work projects.

“There is a valid point here, though, about how difficult it is to sustain a life without a job in modern society. Society is presently organised so that work is people’s main source of income, social contact, and recognition. Living without work means somehow reinventing the ways to access these things, and that is no easy task.”

How can people develop a resistance to a work-centred existence?
“Depending on how far people want to go, resisting work means overcoming some significant barriers. The most obvious one is our reliance on work as a source of income.

“If you do not have the luxury of inherited wealth or a contingent source of money, this might be overcome to some degree by consuming less. A person can spend more carefully, repair and self-produce things, privilege more inexpensive pleasures, and perhaps even discover new and alternative forms of enjoyment in the process.

“All of these things are also easier to do when you work less and have more free-time, but spending less is still no easy feat in a society where so many of our needs are conventionally met via commercial transactions.

“To resist work, a person also has to overcome society’s moral objections to idleness. Even if you privately think that a lot of work is meaningless and feel secure in your belief of the virtues of working less, you are still likely to feel the usual social mores bearing down on you.

“My research uncovered a lot of shame. A lot of the people I met had to develop strategies to negotiate the perennial question: ‘what do you do?’. Others were trying to cope with the stigmatisation of their choices by seeking out kindred spirits in the form of critical writers or online communities.”

Given you haven’t – yet – quit the labour market, how you achieve a work-life balance?
“I should stress here that I am not advising people to refuse work! The refusal of work is an interesting practice to investigate because it helps to establish some intellectual distance from the phenomenon of paid employment. It allows us to pose some questions that are not commonly asked, regarding the purpose, value and future of work.

“However, I would not say I have any wisdom to impart about how people can establish a good relationship with work. Part of my motivation for the book was a feeling that there are enough life coaches and gurus in the world, and what we really need is a more political engagement with the problem.

“Whilst my research is partly a celebration of people’s power to question and reinvent dominant ideas around work, it is ultimately about the difficulty of resistance. It is about the powerful social structures and moralities that keep workers in check. I would insist that overcoming these is not a question of how we can change as individuals or find personal ‘balance’, but of developing a collective struggle for shorter working hours and, eventually, a society where work is no longer at the centre of social relations.

“One of the main reasons I work is because I have not found a way to survive and practice my vocation without relying on an employer. This is a problem because, as a younger academic in a highly competitive job market, the odds of my finding a steady job are very slim.

“In today’s world of precarious work, the more dominant worry is how to survive, rather than how to achieve ‘work-life balance’. How can you think about refining your relationship with work if nobody will give you a job? That is part of why I believe that any solution to the problems with work must be a collective and structural solution.

“We must refashion society so that people can remain connected, active, and valued, even when their labour is not required by the formal economy. As automated technologies continue to replace the need for human workers, the need to do this refashioning will become increasingly urgent.”

Question: Any advice for the overworked?
Robert Louis Stevenson replies: “Extreme busyness, whether at school or college, kirk [church] or market, is a symptom of deficient vitality; and a faculty for idleness implies a catholic appetite and a strong sense of personal identity.”

The Streets: None of Us Are Getting Out of This Life Alive review – Unoriginal material
7

The movie quiz: ‘Jaws’ appeared in how many James Bond films?
9