We all have stories within us. You don’t need to have had a miserable childhood – you just need to release your inner writer 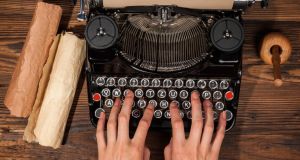 Write about what you love, do a little every day and don’t be constrained by what people might think. Photograph: Thinkstock 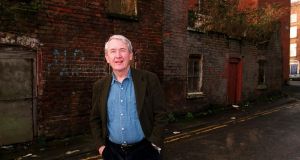 Frank McCourt, who as a memoir writer was “blessed” with a miserable childhood. Photograph: Liam Burke/Press 22 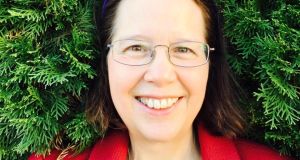 In Teacher Man, author Frank McCourt recalls a question once posed by a young student. “Mr McCourt, you’re lucky. You had that miserable childhood, so you have something to write about. What are we gonna write about?”

Although a miserable childhood can help when writing a memoir, it’s not entirely necessary. Most people lead ordinary lives, but every one of us is trying to make some sense of our shifting fortunes. Every life has its influential people, a fork in the road, changing beliefs, secrets and mistakes.

Even if you have no intention to publish, sifting through memory is a valuable endeavour that can give you a new perspective on your experiences. It also helps your descendants understand where they came from. After all, long after a person is gone, the only thing that survives of them is story. This year, take the time to write your memoirs so that your story is not lost.

Unlike autobiography, there is no requirement here to write a chronological list of your life’s accomplishments and pitfalls. Memoir is about the selection of pivotal, intimate experiences. Don’t be daunted. You’ve lived the research; you are the main character.

“Writing is recalling,” said Karl Ove Knausgård, author of the six-volume My Struggle series of autobiographical novels, in an interview with the the Paris Review. “I think that all our ages, all our experiences are kept in us. All we need is a reminder of something, and then something else is released.”

Write your story with precision. “In the particular is contained the universal,” James Joyce wrote. Give your reader a true sense of the world you lived in and how it felt to you, so that they might share in the commonality of the experience.

Ivy Bannister’s father was diagnosed with Alzheimer’s and died. Her sister Patty was killed in a plane crash and her elderly mother, a difficult woman, had dementia. Bannister was living in Dublin, married with children. Her frequent trips to her native New York to spend time with her mother were so fraught that her only outlet was to write it all down.

“I was more or less alone with this challenging circumstance. My mother was so difficult I couldn’t talk to her, so I’d write stuff down. I can remember kneeling next to my bed, my mother was screaming in the other room, and I’d be writing down what she said. She had a colourful turn of phrase.”

Her memoir, Blunt Trauma: After the Fall of Flight 111, contains “very tricky stuff” about her relationship with her mother, but there was little trouble after it was published because “almost everybody’s dead”. The book, however, makes her uncomfortable for the light it shines on her thoughts about her life. It’s sitting on the table between us, and she hides it under a newspaper.

She found the experience of writing it cathartic. “I felt I was able to move on in my life. There: it’s all out there. I cannot change it. I can let it all go.”

Bannister teaches a class in writing memoir at the Irish Writers Centre in spring.

“In my class, there are all kinds of levels of people who come into it,” she says. Is there not a danger of a writing class turning into group therapy? She insists she is always interested in good writing first and foremost.

There are a lot of different reasons for writing memoir, and many people have no interest in the commercial potential of what they write. Bannister believes that “self-published memoir for your family is one of the best gifts you can give them. They might not think it at the time, but the day will come. A lot of older people come in and they want to write about their lives and what they remember. What I say to them is, ‘I wish to heavens that my parents had done this.’

“They want to write for their families, and they come up with these nice books and they’ve got photographs and relationships and milk carts and the barn, which is wonderful. I say that is as valid a reason as any.”

Adrian Kenny has written three memoirs detailing different periods of his life: Before the Wax Hardened, The Family Business and Istanbul Diary. A self-confessed frustrated novelist, he seems ill at ease with the idea that memoir might be his true calling.

“There’s a need as deep as can be in people for a meaning in life: what on earth is it all about?” he says. “Before the Wax Hardened was about school and didn’t cause a lot of trouble really; just one or two people complained about that one. Then I wrote one when I lived in Istanbul, and some people were angry about that because it’s based on real people.”

While he is not at ease with the process of life writing, he finds it therapeutic. “Yes, I’m afraid I do. I would feel when certain things are written in some form you’d feel it satisfied some sort of desire for harmony or meaning or explanation, and without that I’d feel melancholy.”

So what would drive a writer to push through the risk of hurting people? “If you don’t . . . I mean, I’ve nothing against Alice Taylor, for example, but I think she dwells on the sunny side of life and that’s grand. But there’s more than the sun in life, there’s also the dark.

“Yet if you bite off too much, you’re really just presenting a mess of memories, and that’s not much use to people, because people come to writing still to have some sort of a shape. The pleasure in a good book or a good film or a good piece of music is that there’s some shape given to it, and that satisfies something in us.”

What does he believe to be the strength of memoir? “The veracity,” he says. “The feeling that this is real.”

Lionel McCarthy’s grandfather Mick McCarthy was a bricklayer by trade, and he owned the Embankment pub in Tallaght. During the ballad boom of the 1960s and 1970s, it was one of the main venues showcasing music by the likes of the Fureys and Dubliners. “He would work all night and be in bed all day writing these memoirs,” McCarthy says. He died in 2004, leaving three volumes of memoir. “It’s a fascinating story. It starts with growing up in Kerry during the War of Independence, and he then stows away on a boat to Liverpool at 14.”

Even as a child, McCarthy was well aware of what his grandfather was working on. “The only way you’d be allowed into the room is if you were delivering a cup of tea or a slice of toast or a bit of dinner. You’d all vie for the opportunity to bring in the cup of tea because you’d be tipped well for your trouble.”

These stories were not just written down for posterity. McCarthy’s grandfather had writerly ambitions. “He definitely felt he had the ability to write. He was of writing stock, of sorts; he was from Listowel and he would’ve been taught at primary school by Bryan McMahon. His brother Sean McCarthy was a reasonably well-known balladeer and writer.”

The first two books were published in the early 1990s. Intriguingly, McCarthy has yet to read the third and final instalment of his grandfather’s work. “My dad has a copy of it. There’s probably a bit of reluctance to know what really happened during those Embankment years. It was a booze-fuelled environment; God knows what went on. I’m reluctant to expose myself to it but it’s something I’m going to have to do,” he says, laughing.

Like his grandfather, McCarthy believes in the importance of documenting the family story. “Even if it was just something personal that was held in the family, people are just so interested in their roots and where they’ve come from and how it has shaped them.”

Many self-publishing companies, such as selfpublishbooks.ie, require a minimum order of 100 books. If your requirements are more modest, consider these options:

HOW TO GO ABOUT WRITING MEMOIR