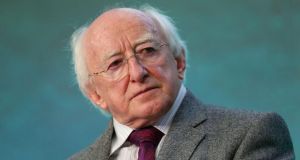 The Lockout of 1913 is among the significant historic events, dating back some 100 years, that are rightly being commemorated around this time. These commemorations are much more important than any cliche about learning the lessons of history might suggest; rather, they are about seeing history as essential to understanding who we are today and who we might be in co-operation with others in the future.

The industrial dispute, described as the Lockout of 1913, lasted from August 26th, 1913 to January 18th, 1914, and is generally viewed as the most severe and significant industrial dispute in Irish history. Central to the dispute was the workers’ right to organise in a general trade union.

The main personalities and protagonists in the Lockout were William Martin Murphy on the side of the employers and on the side of the workers Jim Larkin and James Connolly. Murphy, a successful businessman and a native Home Ruler, by 1913 was the owner of the Irish Independent, the Evening Herald, the Irish Catholic, Clery’s Department Store, the Imperial Hotel and – where he would choose to mount his fight – the Dublin United Tramways Company.

In attempting to recover the atmosphere of the Lockout one does, however, have to recognise the central significance of the two figures: Larkin, an inspirational orator who spoke with passion for workers’ rights, and Murphy, the successful and ambitious industrialist, whose ambition for Home Rule was the generation and expansion of native capitalism within the Empire.

In recovering the context of the Lockout we have available to us some fine studies of the working life of the people of Dublin, including the lives of those in the tenements, studies such as that of Kevin C Kearns, Dublin Tenement Life – An Oral History. What is entirely clear is that the confrontation that was the Lockout took place in a city wracked with poverty, infant mortality, illness and near starvation.

In 1913, Sir Charles Cameron, the Medical Inspector for Dublin, had reported: “It is certain that infants perish from want of sufficient food”. Overall, the death rate in Dublin in 1911 per thousand people was 22.3. In London it was 15.6.

Many years later Seán O’Casey recalled his life in the tenements and described a similar scene: “Then, where we lived, with thousands of others, the garbage of ashpit with the filth from the jakes was tumbled into big wicker baskets that were carried on the backs of men whose clothing had been soaked in the filth from a hundred homes; carried out from the tiny back yards, through the kitchen living-room, out by the hall, dumped in a horrid heap on the street outside ...”

In the midst of this deprivation and exclusion, brave workers, despite an ultimatum from the 400 employers who supported William Martin Murphy, refused to give up their membership of the Irish Transport and General Workers Union, and as a result were dismissed and locked out.

Events unfolded dramatically, particularly following the arrest, imprisonment and release on bail of union leader Jim Larkin, and the holding of a meeting that had been arranged by James Connolly and others for Sackville Street on Sunday, August 31st. Most commentators were in agreement that the Dublin Metropolitan Police, assisted by the RIC, had reacted with unnecessary violence at the August 31st meeting and Ireland was to experience its first Bloody Sunday, as a consequence of which three people died and more than 500 were injured.

That is the context in which James Larkin and James Connolly sought to build the ITGWU, which the general union hoped would speak for Dublin workers.

Donal Nevin, trade unionist and author, wrote that the moment of the Lockout has to be looked at in a broader international context. It was not just James Connolly, or indeed Jim Larkin, who fervently believed that changes in workers’ rights could be brought about in a relatively short space of time; there were others internationally like Daniel De Leon in the US, and John Leslie in Scotland, who thought likewise.

In the Ireland of 1913 there were a number of different themes informing the atmosphere of change.

It was a time of agitated and urgent organisation on a number of themes – a cultural revival, a nationalist revival, and a suggested labour awakening. There was not only a sense of urgency but a sense of determination.

The Lockout, and particularly the events of Bloody Sunday, August 31st, 1913, saw artists responding to the society and to the crisis they saw unfolding around them. Nelson O’Ceallaigh Ritschel charts how writers such as George Bernard Shaw, AE – George Russell, and James Connolly, coming from different perspectives, arrived at a shared denunciation of the Lockout and in particular the police response to the meeting of Sunday, August 31st.

After the events of Bloody Sunday, Patrick Pearse wrote: “An employer who accepts the aid of foreign bayonets to enforce a lock-out of his workmen and accuses the workmen of national dereliction because they accept foreign alms for their starving wives and children….[is] a matter for a play by Synge.”

The Lockout of 1913 also compels us to ask questions about our role today in the wider international world of work – we are challenged to respond to the workplace tragedies of Pakistan, where 300 textile workers were killed in a fire, or more recently in Bangladesh, where more than 1,000 textile workers were crushed in a building collapse.

As global citizens we are required to respond to such disasters, informed by our own past, and those who assisted us, but conscious too of the benefits we have achieved in the past century as a result of those with the moral courage of a century ago, in establishing and seeking to vindicate the rights of workers.

In conclusion, I believe it is vital that a new generation have a deep and textured understanding of the 1913 Lockout. Without good history teaching, there is no shared idea of a public past.

Knowledge of history is intrinsic to citizenship. To have no knowledge of the past is to be permanently burdened with a lack of perspective, empathy and wisdom. These historic events, such as the Lockout, are part of what we are today – and understanding and responding to them is vital in providing a true understanding of our past and perhaps an insight into our future.