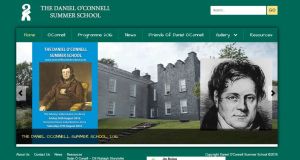 Former president Dr Mary McAleese will give the keynote address at this year’s Daniel O’Connell Summer School in South Kerry, where she will speak about O’Connell’s his legacy and continuing influence on Ireland.

Academic director at the summer school, Prof Maurice Bric of UCD, confirmed Dr McAleese has accepted an invitation to address the event, held annually in O’Connell’s birthplace of Cahersiveen and his home at Caherdaniel.

“Unlike some of the other summer schools, the Daniel O’Connell school does not have a specific theme, but we offer a mix of lectures on local, county, national and international history as well as a section on the life and times of O’Connell himself,” said Prof Bric.

“This year, Dr McAleese will give the annual Daniel O’Connell Lecture and it will take the format of an interview with Frank Lewis from Radio Kerry, who will act as moderator - I expect the interview will be wide-ranging as Dr McAleese has a longstanding interest in O’Connell.”

Among the other speakers at this year’s summer school, running on August 26th and 27th, is Prof Rhona Richman Kenneally from Concordia University in Montreal, who will lecture on the impact of rural electrification on the design of homes in rural Ireland.

“She will talk about this and in particular, how the installation of new cookers, for example, affected what we eat, the role of domestic science teachers, the role of organisations like the Irish Countrywomens’ Association in what was the beginning of a new time in the social history of Ireland,” he said.

Prof Bric said former press ombudsman Prof John Horgan will give a lecture on how O’Connell was treated by the press during his career, while historian Prof Maureen Murphy of Hofstra University in New York will speak about the effect of the famine on South Kerry.

“Maureen will talk about a remarkable lady called Asenath Nicholson from New York who visited South Kerry at the height of the Famine in 1847 to investigate the plight of the Irish poor - her account is not only very detailed but remarkable for the descriptions of Iveragh at the time.”

Among those scheduled to speak on this theme are Dr Dermot Lynch, whose father, Fionan Lynch from Cahersiveen, fought in the Four Courts under Cmdt Ned Daly and later became a Sinn Féin TD and a barrister and judge, said Prof Bric.

Prof Brigid Laffan will speak about her grandfather, Mortimer O’Connell from Ballinskelligs, who was involved in a number of episodes during the Easter Rising, while Irish Examiner journalist Michael Clifford will speak about his granduncle Tom Clifford, who fought with the Irish Citizen Army.

Among the other speakers are historian Paul Rouse, who will speak about the long tradition of cycling in South Kerry, while award-winning Canadian novelist Jane Urquhart will speak about her latest novel, The Night Stages, which is based on the Rás Tailteann cycling race.

Local historian Junior Murphy of the organising committee said former Kerry footballer and ex-minister Jimmy Deenihan will chair an event at Con Keating GAA Park in Cahersiveen. Kerry great Jack O’Shea will also speak there about his football career, during which he won seven All-Ireland medals.