Irish Roots: A rich source of records in Kew

Free downloads from the (other) National Archives 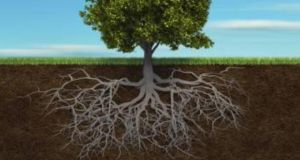 Post-colonial nit-picking aside, TNA (even the acronym is annoying) is a wonderful and much under-appreciated resource for Irish research. Apart from British Army records, now largely available online on FindMyPast.co.uk and ancestry.co.uk, huge quantities of the records produced by imperial administrators in Ireland found their way back to London. For someone used to working with Irish records in Ireland, TNA’s vast, densely-populated archive series, many spanning multiple centuries, are simply stunning, like visiting a cathedral after a life spent in a cave.

The biggest problem has always been that the Archives is in London. Improving access is a long-standing priority and over the past decade, the online catalogue (discovery.nationalarchives.gov.uk ) has become an extraordinary research tool in its own right, summarising in miniature many of the originals. After using it for years, I only recently discovered another generous feature, the “digital microfilm” service. TNA has digitised thousands of microfilms and is making them downloadable for free.

They are elephantine PDF files, slow to arrive and searchable only by hand, just like the microfilms themselves. But you don’t have to trek to Kew to see them. Among the records relevant to Ireland are Admiralty and Coast Guard records from 1816, the printed annual Army Lists, detailing every officer in the army from 1754, and the General Register Office Indexes to Foreign Returns of Births, Marriages and Deaths 1627-1917.

It has to be said that the site (deliberately?) makes them awkward to get at. Start from the full list (see bit.ly/1ns5sUx ) and just keep burrowing.

Whatever its flaws, this is genuine public service. Irish institutions please copy.