Cape Crusader – An Irishman’s Diary about the writer WG Dowsley

Irish-born, in 1871, William George Dowsley emigrated to Eastern Cape in 1904 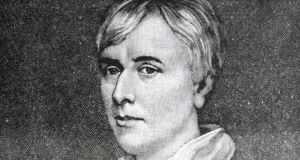 The history of Irish penal transportation is dominated by Australia, for obvious reasons. But in the wake of the 1848 Rebellion, there was a short-lived attempt to set up a prison colony in modern-day South Africa too.

There would have been obvious cost benefits to the British exchequer, the journey being half as long. And this was a time when, post-Famine, Ireland was producing a general upsurge of incidents involving what its rulers called “crime”.

So in 1849, the prison ship Neptune sailed into Cape Colony with 288 convicts, among them the rebel John Mitchell. Alas for economics, locals objected to the penal plan, and the ship’s human cargo was not allowed ashore.

Instead, after a five-month stay in harbour, Neptune set sail again, for Tasmania. But in the meantime, unnoticed by the guards, a fictional Tipperary man called O’Brien had escaped into the African bush.

He turned up there 90 years later, still fictional, as the hero of a now-forgotten novel Long Horns: The O’Brien of the Glen’s Story, written by the equally-forgotten WG Dowsley. This plot device thereby allowed the latter to link the two parts of his own life, in back-dated form.

Irish-born, in 1871, William George Dowsley had emigrated to Eastern Cape in 1904, not as a prisoner but as an Anglican chaplain and school teacher. He spent the rest of his life in South Africa. But in his own way, like James Joyce, he had taken Ireland with him, and romanticised it in books.

Dowsley is said to have brought a “rich Hibernian vitality” to his British-style public school, where he was known as “Dooley”. Yet he also bonded with his new country to the extent of pioneering practical education for local conditions. He is surely unique among Irish writers in that his work includes a manual on ostrich farming.

Sixty years later Dowsley, who lived in Youghal and Dungarvan, went to the same Clonmel school Borrow had attended. And where Borrow borrowed from his Irish experiences in some of his writings, the Irish writer in turn borrowed from Borrow.

In his historical novel, Travelling Men (1925), Dowsley took the English “George” of Borrow’s semi-autobiographical classic Lavengro and had him go native here, as a radicalised Republican “Shorsha”. O’Brien of the later novel, by contrast, is entirely Dowsley’s creation. But having started out as an Ascendancy Protestant, he too changes sides, via the Young Irelanders. In African exile, the process continues among the native Xosa, listening to whose stories “his heart grew fierce against the injustices done to them”.

As Murphy’s essay explains, there were grim parallels between the 1848 rebellion and the events that destroyed the Xosa Nation in 1856-57. There, the desperate Bantu people, reeling from military defeats to the British and a mass outbreak of disease among their cattle, fell under the influence of a teenage prophetess called Nongkwause.

She described apocalyptic visions in which the Bantus’ dead ancestors promised to return, restoring former glories. But first, as a demonstration of faith, the people had to destroy what remained of their cattle and crops. So they did. Then, as tends to happen, the ancestors failed to show.

The fate of the Xosa Nation has become a cautionary metaphor. I saw it cited recently, stretching the point, in a Financial Times column on the stupidity of Brexit. As for William George Dowsley, he saw the Bantus’ suffering through the politics of his own times, having arrived in South Africa just after the Boer War.

One of his very few mentions in this newspaper’s archive was a letter to the editor in 1959. It sought information on him for a book about Clonmel, and expressed frustration at the difficulty in finding any. Then again, the writer referred to him as “Richard Dowsley”, so the research may have been doomed from the outset.

The movie quiz: Charlize, Arnie, Kurt, Helen – who hasn’t been in a Fast & Furious film?
9