Gird your loins. It’s the Fringe 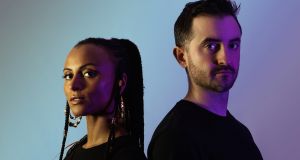 There’s music from rising star Loah and Bantum in the Pepper Canister Church.

The season of mists and mellow festivals is upon us. Coming up next week is the Dublin Fringe (Sept 7th-22nd), with 77 productions; they involve some 545 performances and 54 world premieres.

Festival director Ruth McGowan’s 16-day festival – the 25th Fringe – is large, but looks carefully curated. Dublin’s annual seed bed of creativity is a multi-pronged thing, and a stride through the programme indicates many shows in gestation a while, with development and support from production companies and venues, the Arts Council, the Fringe Lab, Dublin City Council and other local councils, Creative Ireland and others. There are new voices as well as returning ones, and brand new work, with promising signs of quality.

The venues across the city range from conventional venues such as Peacock or Project or Smock Alley stages to performances on the Dart and on an ice rink, in IMMA’s courtyard, a restaurant, a Gothic chapel, a cocktail bar, a hairdressers, a Croke Park dressing room, the National Stadium, the Four Courts and the streets of Dublin. In many of those, the setting tells part of the story.

While the focus of the multidisciplinary Fringe arts festival this year is on power and pleasure, the themes are very wide-ranging. But certain things recur, for example, waste and plastic (in Moop, playing with Matter Out Of Place, and in Mould Into Shape, a sonic aural Dart pilgrimage exploring plastic use); sport features in an exploration of being queer and a GAA fan (GAA MAAD); mental health challenges are explored in Grounds for Concern; sex and our teenage selves feature in Two Fingers Up; while the Justice Syndicate in the Four Courts casts the audience as jurors in a sexual assault trial.

Next weekend’s opening shows are an indicator of the range to come. Family shows include A Very Old Man with Enormous Wings, bringing Gabriel Garcia Marquez’s magic realism to stage, and interactive installation Rainbow in a Box, using prismic light to mimic being inside a rainbow, in Dublin Castle courtyard. There’s music from rising star Loah and Bantum together in the Pepper Canister Church, and political activism in The North is Next, commissioning a zine and a live podcast driving queer and reproductive rights in Northern Ireland.

McGowan promises “an electric programme full of new ideas and adventurous spirit. I can’t wait for this bold assembly of artists to light up the city this September, delivering impactful and urgent performances on powerful stages, offering joyful escapism with big nights out and one-of-a-kind experiences that will send you home starry-eyed.”

The Call of the Wild: Harrison Ford in one of his most engaging performances
10