Wish I Was Here review: Zach Braff disappears up his own hipster naval 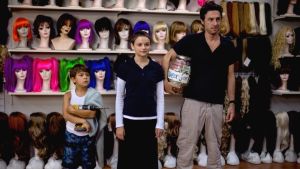 Film Title: WISH I WAS HERE

I was not among those who paid towards the campaign that allowed Zach Braff to make this largely terrible unintended satire of the previous decade’s hipster aesthetics, but, if asked, I would happily contribute any sum required to dissuade him from shooting another. Braff focuses his attentions on a frustrated actor in early middle age facing up to the death of his mildly authoritarian father.

Considering its attempts to address the trials of growing up in a Jewish background, we are reminded of a story about the recording of Captain Beefheart’s Trout Mask Replica (stay with me, here). It is said that the Captain positioned the musicians in different rooms so they could almost hear one another, but not quite. This, I imagine, is how Braff watched the Coen brothers’ masterly A Serious Man when he was plotting his indescribably inferior knock-off.

Anyway, what’s it about? Oh this and that. The protagonist – married to Kate Hudson’s underwritten nonentity – is currently failing to secure enough acting gigs to put his kids through private school. Then terminally ill dad (underused Mandy Patinkin) announces that, now saddled with medical bills, he will be unable to offer any financial assistance. Pop is also in a really bad mood all the time. Why are dying people so bloody selfish? What about poor Zach and his broken dreams?

All this awful solipsism is, of course, scored to the school of post-millennial folk that seemed dated even as it became the anthem of that earlier era’s zeitgeist.

We can blame Braff. But we should also hold back some opprobrium for the members of the public who financed it.