The Laundromat: Meryl Streep is no Erin Brockovich

Review: The film feels compiled from a list of pitches nobody got round to whittling down 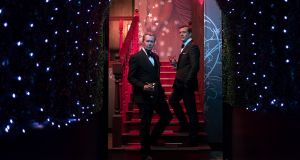 Gary Oldman and Antonio Banderas in The Laundromat 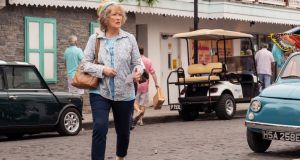 Meryl Streep in The Laundromat

Over the past decade or so, Steven Soderbergh has devoted much of his energy to a sketchy, half-formed class of cinema that delights greatly in its own cleverness. The Laundromat is another entertaining diversion that stops just short of becoming a fully functioning movie.

The inspiration is the Panama Papers – the leaked documents that revealed the extent of worldwide tax evasion involving offshore entities – but, despite its compact size, The Laundromat stretches its brief to ponder the greater complexities of how credit moves in the digital age. Everybody is tangled in the web of corrupt connections. Most remain blissfully ignorant of the dangers.

We begin in the style of The Big Short with Jürgen Mossack (Gary Oldman) and Ramón Fonseca (Antonio Banderas), directors of the notorious corporate services provider that bore their names, talking us through the historical origins of money and its evolution into a nebulous mass of obligations.

There is nothing much here to surprise any even mildly cynical observer of the current mayhem. The jokes are as clunky as the actors’ accents are broad.

The Laundromat is at its best when dealing with ordinary people remotely affected by the global corruption. Meryl Streep is in agreeable wise-biddy mode as Ellen Martin, an older woman who runs into confusion when trying to claim compensation for her husband’s death in a boating accident. (Opinions are starkly divided on Streep’s potentially offensive second role here.)

It transpires that the company’s insurers are caught in a tangle of deals that render policies almost worthless. Her subsequent researches bring her to a “shell company” on the Caribbean island of Nevis.

There is the potential here for dogged investigations in the style of Soderbergh’s Erin Brockovich, but, just as Ellen gets close, the film pulls away to launch the first of several interconnected vignettes on the theme of global corruption.

Nonso Anozie plays a dodgy operator who tries to buy off his own family with worthless share certificates. Matthias Schoenaerts makes some bad decisions when conducting business in China. And so forth.

Each of the episodes works well enough on its own terms. As ever, Soderbergh is able to call on a fine cast (blink and you’ll miss Sharon Stone). Scott Z Burns’s script fires zingers about every corner of the globe.

But the picture feels as if it were compiled from a list of pitches that nobody got round to whittling down any further. It’s fun. It’s occasionally wise. But it doesn’t feel quite finished. This is what Steven Soderbergh now does with his time.

H is for hero: the origin story of Jack Reacher, a billion-dollar brand
9