The Fear of 13 review: death-row tales of the unexpected

Nick Yarris – sentenced to death for rape and murder in 1982 – tells his own story in this fascinating, if flawed, new documentary from David Sington 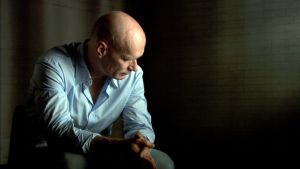 David Sington, director of In The Shadow of the Moon, presents us with an irresistible story in his fascinating, if flawed, new documentary. We won’t spoil too many of the details, but the very fact that Nick Yarris – sentenced to death for rape and murder in 1982 – appears to tell his own story confirms that at least one thing went right for the Pennsylvanian.

Sington has structured the story in very canny fashion. We begin with Nick in prison. We hear him explain how he developed a passion for literature. Eventually we encounter the convoluted story behind his conviction. Much later, Sington allows his subject an anecdote that points towards the origins of youthful delinquency.

As late as the final 10 minutes, we are still not entirely sure what the story is going to be about. Escape? Confession? Redemption? Absolution? As things transpire, it’s about at least two of those things and a great deal more besides.

The novelistic structure can’t be faulted. The best crime writers would admire the way Sington nudges us in one direction and then tugs us uncomfortably back by the collar. The presentation of the story is, however, not without its problems.

The Fear of 13 (named for Nick’s discovery of the word “triskaidekaphobia” during his literary phase) comprises a lengthy monologue punctuated by perfunctory old-school recreations. Nick, shot from the waist up, sits before a stark background and talks us through his extraordinary tale. One can imagine the story working brilliantly as a one-man show in the theatre, but on screen it often feels over-rehearsed and over- heated. The phrasing and stresses are not conversational; they are the phrases and stresses you expect from an actor doing a good job of telling somebody else’s story.

Still, it is an astonishing yarn and the angular, monk-faced Yarris is an undeniably charismatic presence. It is well worth pulling up a chair and cocking an ear.

9 Motown magic broke racial barriers - but at a price