So Long, My Son: The long-form Chinese picture revitalised 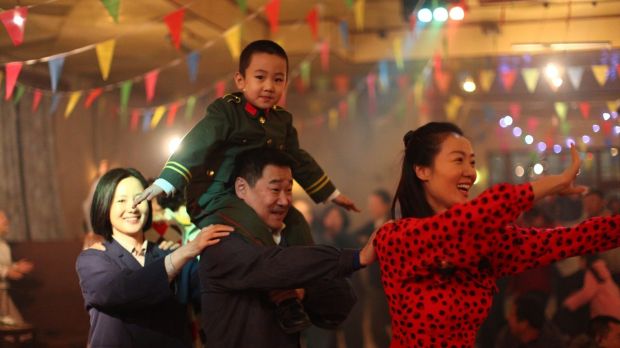 A scene from So Long, My Son

Film Title: So Long, My Son

From Platform to Mountains May Depart, sixth-generation Chinese cinema can’t resist spanning decades, with epic (but worthwhile) run times to match. Wang Xiaoshuai’s moving, expansive new drama So Long, My Son follows a familiar movie trajectory: the miseries and disappointments of life under Chinese communism followed by the even worse miseries of life under Chinese capitalism.

It turns out that imprisonment for offences such as playing western music is still better than societal and familial disintegration.

Wang Xiaoshuai is one of the leading international figures of the sixth generation, having scored four prizes at Berlin – the Jury Prize for Beijing Bicycle (2001), best screenplay for In Love We Trust (2008), and now best actor and actress for So Long, My Son – plus the Jury Prize from Cannes for Shanghai Dreams.

His 13th film as writer-director plays with chronology in a manner that revitalises the long-form Chinese picture. There are repeated flashbacks to a rural reservoir, where Yaojun (Wang Jingchun) and Liyun’s (Yong Mei) pre-teen son Xingxing is cajoled into swimming by his friend Haohao, and drowns.

Haohao’s guilt over the death stays with him, and affects his parents’ close friendship with Yaojun and Liyun. That estrangement deepens after Haohao’s mother Haiyan (Ai Liya) forces Liyun to abort her second pregnancy in keeping with the government’s one-child policy.

When Dengism kicks in, Xingxing’s grieving parents are forced to leave their factory jobs, and move to a far-flung district where they adopt an orphan boy (with a crucial backstory) who becomes increasingly resentful of being a substitute for a dead son.

Several of the plot twists might sit easy in a racy soap opera, but that powers the grandly-scaled film along. Wang Jingchun and Yong Mei are phenomenal as they soldier on against tragic circumstances.

Kim Hyung-seok’s cinematography shimmers even in the darkest corridor. But it’s Lee Chatametikool’s temporal-jumping edits that define this compelling drama.

Tom Cruise hands back his awards. NBC pulls out. Is it all over for the Golden Globes?
The Auschwitz Escape: Taut retelling of horror exposed