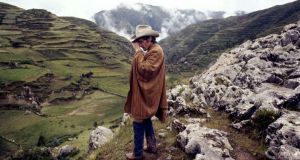 Good grief. After a decade of ear-splitting rubbish, Michael Bay’s Tranformers sequence has (without Bay at the helm) delivered a glorious entertainment. Travis Knight’s shamelessly Spielbergian film casts Steinfeld as a rebellious teen in 1987 who encounters autobot Bumblebee in the form of a VW Beetle. She belatedly allows humanity into the series and – after the horrid objectification of female bodies in earlier episodes – hollows out some welcome feminist space. Fun for all. It’s like Knight and Bay! Full review DC

Some reviews have claimed that the revisiting of Mary Poppins is “practically perfect in every way”. It’s not. It’s not terrible either. One might reasonably call it astonishingly adequate in every regard. Blunt is well-cast, if a bit too flinty, and throws herself into the role with abandon. Taking the Dick Van Dyke chair, Miranda can’t decide whether to do proper Cockney or comically heightened Cockney. The songs are tolerable. There’s no story to speak of. But, yes, it’s fine. Full review/trailer DC

Jacek (the brilliant Kosciukiewicz) is already a heavy-metal outsider in small-town Poland when a horrible accident during the erection of the world’s biggest Jesus statue leaves him requiring the country’s first face transplant. His girlfriend (Gorol) dumps him and his own mother can’t stand to look at him. Only his stern, loyal sister (Podsiadlik) continues to love him unconditionally. The unholy relations between Catholicism, ethno-nationalism, and rightist sentiment hang around the margins of Szumowska’s clever, affecting film. TB

One alternative version of Spider-Man encounters many others in a dazzling animation from the team behind The Lego Movie. The candy-charged flash manages to accommodate soul and sincerity. The film’s embrace of diversity stretches beyond the social to the sub-atomic and the quantum mechanical (no, really). The structural innovation helps confirm – despite welcome advances in representation – how conservative most Marvel films are. Easily the best superhero movie of 2018. Full review DC

Some way into the year’s most white knuckle film, rock climber Alex Honnold recalls that more than one ex-girlfriend has told him that he has a personality disorder. By then we’re deep into his two-year preparations to climb the sheer wall of El Capitan, a kilometre-high sheer granite impossibility in Yosemite National Park. If he manages it, he’ll be the first climber to scale the monolith free solo. That’s as in without ropes and safety equipment, as in one finger and toe at a time up a landmark that looks like it belongs in a Roadrunner cartoon. Personality disorder? The man is bonkers. Terrifying but magical. Full review/trailer TB

Other ★★★★☆ and ★★★★★ movies out and about: Bohemian Rhapsody, The Camino Voyage, Creed II, Khrustalyov My Car, The Old Man & the Gun, Rosie, Shoplifters, Sorry to Bother You, A Star Is Born, Three Identical Strangers, The Wild Pear Tree