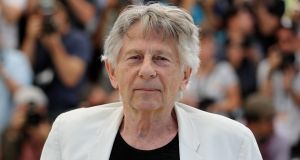 Roman Polanski is suing the Academy of Motion Picture Arts and Sciences after being expelled. Photograph: Valery Hache/AFP/Getty Images

Film-maker Roman Polanski is suing the Academy of Motion Picture Arts and Sciences after he was expelled from the organisation last week.

In a letter to the academy, Polanski’s lawyer Harland Braun said it broke its own rules, and possibly California state law, when its board did not offer him an opportunity to defend himself.

“Mr Polanski has a right to go to court and require your organisation to follow its own procedures, as well as California law,” the letter said. It also asks that Polanski is “given a fair hearing to present his position with respect to any proposed expulsion”.

The Oscar-winning director of Rosemary’s Baby and The Pianist was last week expelled from the academy along with the actor Bill Cosby in light of sexual assault cases against both men.

In a Polish interview carried out before he was expelled from the academy, Polanski dismissed the dismissed the #MeToo movement as “mass hysteria” and “hypocrisy”.

Asked what he thinks of the movie industry’s recent reckoning with sexual harassment, Polanski told this week’s edition of Newsweek Polska: “I think this is the kind of mass hysteria that occurs in society from time to time. Sometimes it’s very dramatic, like the French Revolution or the St Bartholomew’s Day massacre in France, or sometimes it’s less bloody, like 1968 in Poland or McCarthyism in the US.

“Everyone is trying to back this movement, mainly out of fear . . . I think it’s total hypocrisy.”

Polanski (84), a dual Polish and French citizen who lives in France, is wanted in the US for the 1977 rape of Samantha Geimer. He has for years sought to negotiate a deal in the case with US authorities.

Polanski, who fled the US 40 years ago, fearing a judge would extend his sentence after he served 42 days in jail, pleaded guilty to having unlawful sex with Ms Geimer in 1977 after allegedly plying her with champagne and a sedative at the Hollywood home of Jack Nicholson, who was not there at the time.

Cosby (80) is awaiting sentencing following his conviction for drugging and molesting a woman at his mansion in Philadelphia in January 2004.