Pixar film festival comes to Dublin and Galway in August

Featuring a ‘Toy Story’ marathon and the beloved ‘Up’, ‘Finding Nemo’ and ‘WALL-E’ 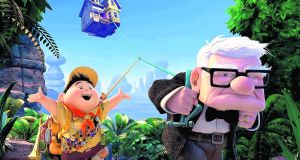 No studio has, in recent decades, done a better job of defining itself by quality than Pixar. Walt Disney, their eventual corporate overlords, managed something similar with their great animated pictures in the post-war years. Hammer had a great run with its school of Thameside gothic. But there aren’t many companies whose entire oeuvre is worthy of disinterment for a lengthy festival.

To celebrate the release of the excellent Incredibles 2 – a sequel with all the zip of the original – The Light House cinema in Smithfield in Dublin 7 and Pálás in Galway will be doing just that over next month.

Online cinematic rankings are unavoidable now, and no such list is more common than the chart running down the best of Pixar. Not everything on there is a classic. But Pixar’s first decade of feature production remains hard to beat: Toy Story, A Bug’s Life, Toy Story 2, Monsters Inc, Finding Nemo, The Incredibles. Though some people are equivocal about A Bug’s Life, that still remains a Golden Age.

The studio delivered the first ever computer-animated feature and then turned that medium into a vehicle for storytelling of the highest calibre. Toy Story 2 joined The Godfather Part 2 and Bride of Frankenstein in the huddle of sequels to classics that exceed the achievments of their predecessors. In 2002, the Academy Award for best animated feature was introduced as an unofficial tribute to how Pixar had raised the bar. The studio has won nine times in the succeeding years.

The Golden Age didn’t exactly end with Cars in 2006, but that ho-hum film – remarkable mainly for the promiscuous salability of its merchandise – confirmed that they could do wrong after all. Happily, Pixar then followed that near-dud with two of their very best: WALL-E and Up.

It cannot, however, be denied that the current decade has not delivered the zip of Pixar’s opening years. Cars 2 was worse than Cars. Monsters University felt more like a DVD cheapie than a proper prequel to Monsters Inc. Their best films are, nonetheless, still good enough to argue for the continued playing out of, well, a Silver Age.

Coco and Inside Out brought entirely fresh flavours to the stew. The Incredibles 2 confirms that they haven’t forgotten how to do sequels.

A few of those films may creep into the upper area of some punters’ rankings. Those Pixar fans will argue over the top spot. I’d go for Up, but the evangelists for Toy Story 2 and WALL-E are loud in their praises. Well, we can, at least, all agree that Cars 2 and The Good Dinosaur are the two worst. Don’t try and argue. That’s objective fact.

The Pixar Season runs at Pálás in Galway and the Light House Cinema in Dublin from August 10th until August 26th.