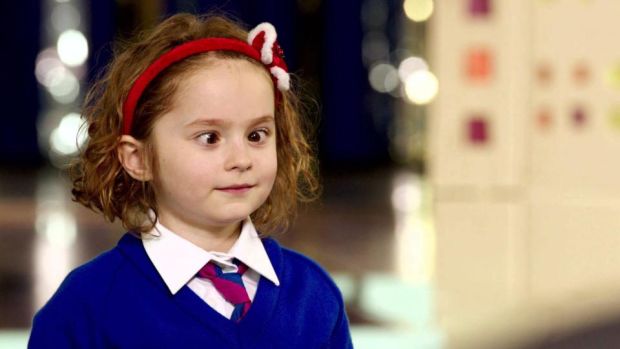 Donkey work: Ok, so this image is a bit funny, but what about the United Nations Convention on the Rights of the Child?

So how do I go about awarding the square root of negative one as a star rating? Is it just “i”? Or is there a special graphic? Perhaps there ought to be. How else can one possibly convey the dizzying awfulness of this unholy three-quel, except by resorting to imaginary numbers? The Nativity sequence has, to date, been a ramshackle experience, as various respectable British actors have signed away their dignity to feature at the centre of a franchise that trades on Kids Say the Funniest Things improv and crummy seasonal tunes.

Still, if you thought Nativity 2: Danger in the Manger marked a new nadir for cheap-as-chips British cinema, then hold on to your Santa hats for the latest instalment. As ever, the insufferable and subnormal Mr Poppy (Marc Wootton) returns to inflict holiday spirit on unsuspecting cast members and increasingly Grinchy viewers: his is a very North Korean Xmas.

There are no niceties like narrative or characterisation. A very half-arsed plot point takes Poppy and his flash mob to New York where Catherine Tate is waiting to marry Martin . . . oh, forget it.

Unfortunate younger players pad out the run time with dire songs, including the abysmal title tune: whither the United Nations Convention on the Rights of the Child? At least the kids can sing. Pierce Brosnan may have sounded like a barnyard holocaust in Mamma Mia!, but he’s a regular Luciano Pavarotti placed beside some of N3’s better known adults.

This is the Xmas movie I expect to meet on the low road. Boffo box-office returns look depressingly certain.