Music: People with autism can be remarkable without being like Rain Man 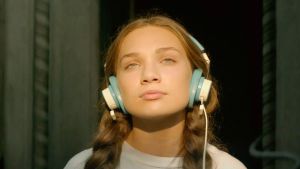 One of the most fascinating artistic partnerships of the 21st century is that between Sia and Maddie Ziegler. The collaboration began with the Australian singer’s shout-out to the young Dance Moms reality star over Twitter in 2014. The intervening years have produced some remarkable choreography, tours, dozens of ostentatious wigs and, now, a controversial movie.

Music, Sia’s directorial debut, has garnered considerable flak for casting Ziegler as a teenager with profound autism. Whatever one feels toward literal-minded casting, the kerfuffle is hardly fair in the circumstances. Casting someone as far along the autism spectrum as Music, the title character, would be highly unethical, not to mention logistically problematic.

Ziegler’s performance is the best thing about Music. For friends and family members of those on the spectrum, it’s a revelation and an acknowledgment that people with autism can be remarkable without having remarkable abilities like those found in Rain Man or Extremely Loud & Incredibly Close.

The script, co-written by Sia and the children’s author and illustrator Dallas Clayton, is certainly soapy. A newly sober Zu (Almost Famous’ Kate Hudson returning to the big screen after a three-year hiatus) finds herself caring for her nonverbal autistic sister, Music, following the death of their grandmother. The hopeless Zu is helped by her neighbour and love interest Ebo (a charming Leslie Odon Jr, who recently essayed Sam Cooke in One Night in Miami), but Zu’s drug-running job and general nonchalance soon puts her in danger.

The narrative is punctuated by musical numbers, co-written by Sia and Labrinth, and choreographed and staged as communicating Music’s sensory highs. How one feels about the these will ultimately be determined by one’s fondness for Sia’s oeuvre, but the idea of using musical fantasias as an approximation of autistic stimulation is not a bad one. Ryan Heffington’s choreography is, as ever, compellingly pitched between avant garde post-Fosse shape-throwing and poppy hopping.

Hudson, sporting a buzzcut, is an odd choice for a role that was improbably developed for Shia LaBeouf. But she feels just right in this offbeat confection.