Much ado about Joss 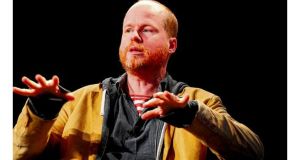 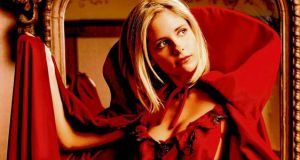 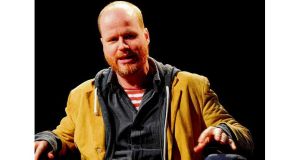 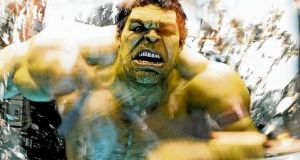 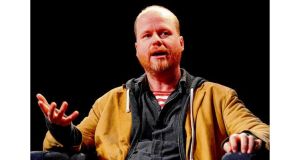 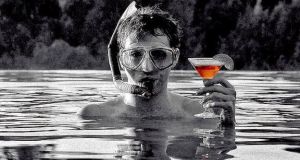 Much Ado About Nothing

He changed TV forever with Buffy, Avengers Assemble proved once and for all the primacy of geek pop culture – now Joss Whedon wants us to rediscover Shakespeare’s funny side, he tells DONALD CLARKE

What do you do when, after a few complicated years of cult confusion, you write and direct the third most successful film in cinema history? Well, if you’re Joss Whedon – in town this week for the Jameson Dublin International Film Festival – you shuffle your stock company into the living room and shoot a monochrome version of William Shakespeare’s Much Ado About Nothing.

If there’s an art to being Joss Whedon, it’s tied up with the ability to put unexpected spins on familiar material. Though he got an Oscar nomination for co-writing Toy Story, Whedon didn’t properly register as a personality until the first airing of Buffy the Vampire Slayer in 1997. To that point, female heroines in horror had been little more than prettified victims. Whedon’s TV series made a kick-ass (not to mention thump-face) of the title character.

“That was a deliberate attempt to forward a feminist agenda,” he says. “It had to do with my politics and my upbringing. All my stuff is about the same thing. It’s about people who are overlooked or helpless. Because I tend to look upon myself as overlooked and helpless.”

Oh come on, dude! Last year, his take on Marvel’s The Avengers – bringing together Iron Man, Hulk and another mess of superheroes – took in $1.5 billion worldwide. Only Avatar and Titanic have accumulated more loot. Overlooked and helpless? “Oh look at me.”

Now 48, Whedon is a hugely articulate, unstoppably amusing raconteur. He has perfect timing and a good line in heightened comic impersonations. For all his gifts, however, he can’t have imagined that he could ever have generated such a fervent following. Even his flops have evolved into cults. For example, supporters of his fine, hastily cancelled TV space opera Firefly were instrumental in allowing him to make the movie spin-off called Serenity.

Much of the appeal stems from Whedon’s determination to treat pop culture – comics, sci-fi, horror – as high art. Now, with Much Ado About Nothing, he’s flipped the aesthetic and brings pop cultural sensibilities to high art.

“I never thought about that,” he says. “But I think you are right and the comedies I have seen adapted tend to stress the drama. They seek something else in it. As a result, the comedy falls a little flat. It’s to do with having the right actors. Shakespeare is very funny. But people don’t take comedies seriously – even his.”

That’s right. Just look how poorly comedies fare at the Oscars. “Ha ha! Yes. They’ll say: ‘Is this a meaningful Shakespeare work or is it one of his comedies?’”

Much Ado could hardly be more different to The Avengers. Following that behemoth, he invited a bunch of regular collaborators (Alexis Denisof, Amy Acker, Nathan Fillion) to his Santa Monica house for a furious few weeks of shooting.

“I actually got more sleep that way,” he says. “I’d roll out of bed and find them all there. At one point, my son came down the stairs and said: ‘Where are all the people I know?’”

So, is Whedon trying to drag the “kids” towards Shakespeare? Is he hoping to trick Buffy fans into swallowing Elizabethan drama? He adopts a very convincing mock-posh accent.“Oh, young people nowadays need to know these things!” he brays pompously. “Ha ha! No, not in that sense, I hope. Everything I do is part of the same mission. If somebody says: ‘I don’t care about superheroes, but I thought Avengers was dope’, then I am seriously thrilled.”

Whedon always seemed destined for that mission. He is one of the very few people who can claim to form the third generation in a family of television writers. Wheelwrights and cobblers used to create such dynasties. His grandfather wrote for The Donna Reed Show in the 1950s. His father, John Whedon, wrote on such shows as The Golden Girls. Did the family grandees try and scare him towards a less precarious profession? “My dad very kindly did both, just as his father had warned him,” he says. “But the moment I decided to start, he couldn’t have been more supportive. Three or four of the best pieces of advice on writing I ever received I got from him.”

Such as? “Well, he always said that if you have any decent ideas on story structure you don’t need jokes. All the jokes in the world won’t save you.”

That advice must have been useful when Whedon found himself working on the TV series Rosanne. If the rumours are reliable, the writers’ rooms for those shows are bear pits. Ambitious young turks elbow each other aside in the rush to get their jokes considered. Whedon recognises that caricature, but says the most political, most aggressive writers rarely produced the best material. He remained polite. He persevered. Ultimately, he prospered. Various script doctoring jobs presented themselves. He got a gig on Toy Story

The route to Buffy was twisty. A full 20 years ago, Whedon wrote a film of that name. It was not a hit. He returned to script doctoring, but the concept nagged.

It would be no exaggeration to suggest that Buffy changed television. The series’ sideways feminism opened up new possibilities for female actors. The extraordinarily playful approach to form (famously, one episode was presented as a musical) awakened the mainstream to odder, less formulaic thinking. Whedon acknowledges that he was working to an agenda.

“I was so tired of the fact there were so few decent role models. I felt I must create a role model. It wasn’t just that. I really wanted to see an ass-kicking female on TV. There was an agenda. But it was an emotional thing too.”

I wonder when he realised he was at the head of a phenomenon. Beginning on the Warner Brothers network, Buffy was initially treated as something of a novelty. Within a year or two, the shelves of gender-studies departments were groaning with PhD theses on the show.

“I’m not sure I have realised that yet,” he says. “If you are writing too closely to an agenda, that can show through. But, right away, the people who wanted it understood it. I hoped people would have a good time and we’d sneak in a genuinely good show. We thought, maybe, people would enjoy themselves, but not get the metaphor. Instead, they all got that immediately. Critics and fans got it. The response was way more intelligent than I had feared.”

Whedon’s career then passed through an odd trajectory. Angel, a spin-off from Buffy, did pretty good business. But Firefly failed to find a substantial audience. His science-fiction show Dollhouse only managed two series. The Cabin in the Woods, Whedon’s very amusing post-modern horror flick, got caught up in the collapse of MGM films and sat in the vaults for two long years. Yet, through it all, he retained a fanatical following on the internet.

“Well, most of us stay off the internet as much as possible,” he laughs. “We do that to maintain our sanity. Yesterday I happened upon a thread saying I was a misogynist. There is always going to be toxic stuff too. But there is also criticism you should listen to.”

He acknowledges that most of the banter has been positive. So, is it true that support from the Browncoats, as Firefly fanatics were labelled, allowed the series to rise again as Serenity? “It was not as cut and dried as that,” he says. “But it sure helped. I was with Mary Parent, an executive at Universal, and somebody stopped us on the street to rant about Firefly being cancelled. That helped.”

Did she think that he’d hired the Browncoat? “I can’t say money didn’t change hands,” he chortles.

At any rate, it seemed unlikely that Whedon would have to wait long for another smash. Marvel fans were, for the most part, delighted when he was hired to write and direct The Avengers. Now, he finds himself second only to James Cameron as a generator of movie dollars. For all his immersion in pop culture, the project must have been daunting. He had to observe Marvel house style while making the film his own. “That part for me was a no brainer. My style was partially formed by reading Marvel. I got my visual rhythms from that. I do remember thinking: my God, there are just so many characters. Can we make a movie where they co-exist that doesn’t seem completely bonkers? The sheer tonnage was unbelievable.”

Well, he seems to pull it off.His next task is a TV series based around S.H.I.E.L.D., Marvel’s paramilitary crime-fighting body, but he has been sworn to secrecy on any plot details. After that, he sets into Avengers 2. Then, one imagines, he can do whatever the heck he likes. We should all be so overlooked and helpless.

Much Ado About Nothing plays at the Jameson Dublin International Film Festival on Saturday, February 23rd