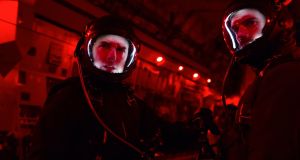 The lovely Anglo-American star Stewart Grainger once laconically remarked that, rather than aging into character roles, he had aged into elderly romantic leads. Tom Cruise has done something odder still. He’s aged into playing the same action leads he’s been playing since Ronald Reagan’s first term. The Mission: Impossible sequence has been running for 22 years and Cruise has been essaying the same version of Ethan Hunt all that time. Not once in this week’s Mission Impossible – Fallout does he halt wearily, clutch the small of his back and say: “I’m getting too old for this.” Does Clint Eastwood’s example mean nothing to you, man? You’re 56 years old. You’re older than Wilford Brimley was in Cocoon.

Anyway, despite appearing in few genuine classics for the ages, Cruise remains one of the last movie stars. Here is the definitive list of his 16 most endurable films. (Since you ask, Eyes Wide Shut is a grubby mess and Born on the Fourth of July is an Oliver Stone film.)

16-11. Mission: Impossible (1996-2018)
How many do we list? The best might still be Brian De Palma’s fruity, multi-genre original. The uncertainty about who was making what film added to the agreeable oddness. But the action sequences in the current Mission: Impossible – Fallout are the best of all. Then again, JJ Abrams’s Mission Impossible III balanced story with zip. It’s a durable, loosely defined monster of a sequence. Scatter the whole set about the chart to your taste.

10. Minority Report (2002)
Spielberg’s take on Philip K Dick is all over the bleeding shop. Cruise is characteristically shiny as a cop who eliminates criminals before they have had a chance to step outside the law. Samantha Morton and Colin Farrell make more of significantly smaller roles. What makes the film stand out, however, is the impressive soundness of its futurology. We’re already living in bits of Minority Report.

9. A Few Good Men (1992)
Who will win when Cruise and Nicholson start a-bellowing? That wasn’t the tagline to Rob Reiner’s chewy courtroom drama, but it really should have been. There could only be one winner. Jack and Tom weren’t just in different weight divisions. They were fighting in different codes. One was Judo. The other was . . . Oh, never mind. The point is that Nicholson triumphed. Perfectly watchable on a bank holiday Monday.

8. Top Gun (1986)
Have you seen Top Gun recently? Watch it without snorting derisively and I’ll buy you an F-14 Tomcat (try and make me). The camp male bonding. The unconvincing badinage. The ludicrous nicknames. The film was simultaneously a recruitment video for the Reagan Youth and an accidental satire on that era’s worst excesses. But it remains stubbornly unavoidable. A reboot is on the way.

7. Rain Man (1988)
Oddly enough, this is the one film on this list that probably couldn’t get made today. We are now queasier about able-bodied actors playing mentally disabled people. Dustin Hoffman’s portrayal of the title character as a magic savant seems sentimental. But Cruise had great fun with his own slicked-back, trivial image. A genuinely fine performance.

6. The Colour of Money (1986)
The distance between now and 1986 is a good deal longer than that between 1986 and the release of The Hustler. Still, it seemed like an odd idea to unearth Paul Newman and set him beside an actor who, to that point, had not a smidgeon of the older man’s prestige. The film has its flaws, but that partnership ended up playing like blazes. Tom’s flash and flair gave us a good impression of how the gadfly world would appear through the eyes of an older bloke. Good pool action, of course.

5. Risky Business (1983)
The (ahem) business end of the 1980s kicked off with this irresistible tale of a handsome young Cruiser making the most of a free house when his parents leave Chicago. Rebecca de Mornay’s role as a high-class sex worker is now distinctly unsound, but Cruise grabs his character (and fame) with eye-watering enthusiasm. “How will this kid look in 35 years time?” we may have wondered. Pretty much the same, as it turned out.

4. Jerry Maguire (1996)
Cameron Crowe was among a small selection of smart directors who saw under-exploited possibilities in Cruise’s deafening positivity. Not for the last time, he played an empty money-grabber – a smarter version of his character in Rain Man – who gains redemption through encounters with a kinder person. Made a star of Renée Zellweger.

3. Magnolia (1999)
A bit of a cheat this. Selecting Paul Thomas Anderson’s portmanteau as our favourite Tom Cruise film would be like picking King of Comedy as our favourite Jerry Lewis film. It’s sort of an outlier. Cruise’s performance as a self-help nut is as much a comment on the star’s status as an attempt to develop an independent character. But it remains a disturbing turn in a defining millennial film.

2. Edge of Tomorrow (2014)
No joke. Doug Liman’s hyper-kinetic actioner is among the best films of its kind released this century. Cruise plays a PR drone drafted into a battle against aliens that sees him repeatedly regenerated whenever he is killed. In short, it is the most effective attempt yet made to convey the video-game aesthetic through live action. Cruise suits the mechanical beats. Emily Blunt is better still as his sidekick and mentor.

1. Collateral (2004)
Cruise’s best film saw him team up with Jamie Foxx – frightened taxi driver to Tom’s cool assassin – for Michael Mann’s last (or at least most recent) cinematic essay on the fluid, dangerous beauty of Los Angeles. For once, Cruise’s closed-off, bottled glamour has a real purpose in the story. It is part of his profession to be an amoral non-person with few discernable angles. The flat, hi-def photography now looks more dated than 1940s monochrome. That only adds to the appeal.