The actor spent a week in hospital after contracting Covid-19 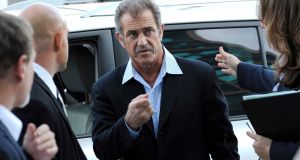 Actor Mel Gibson was in hospital for a week and was treated with the drug Remdesivir. Photograph: Phil McCarten/Reuters/File

The actor Mel Gibson spent a week in hospital after contracting coronavirus earlier this year, his representatives have confirmed.

Speaking to the Daily Telegraph Australia, the spokesperson said: “He tested positive in April and spent a week in the hospital. He was treated with the drug Remdesivir, while in the hospital, and has tested negative numerous times since then as well as positive for the antibodies.”

News of the hospitalisation of Gibson (64) emerges a month after the actor fought back against allegations of anti-Semitism and homophobia by Winona Ryder. A representative for Gibson denied the allegations and accused Ryder of lying “about it over a decade ago, when she talked to the press, and lying about it now”.

Ryder responded by refusing to retract the allegations, and wishing Gibson “well on this lifelong journey”.

Gibson’s recent filmography has been patchy. He scored commercial success with a role as Mark Wahlberg’s father in 2017 sequel Daddy’s Home 2, and won critical acclaim for his part in police brutality thriller Dragged Across Concrete (2018).

But a passion project about the origins of the Oxford English Dictionary, The Professor and the Madman, was mired in legal dispute for three years before a small-scale release in 2019, to generally lukewarm notices. Gibson and the film’s original director disowned the final product.