If you aren’t obsessed with the films of Hirokazu Kore-eda, then you can’t really like movies 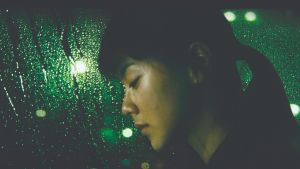 There are no easy easy answers here, only sadness

The director Hirokazu Kore-eda looked shocked in 2018 when Cate Blanchett handed him the Palme d’Or for Shoplifters. Nobody else was remotely surprised that the filmmaker regarded as the spiritual heir to Yasujiro Ozu had won cinema’s most prestigious prize.

If, by now, you aren’t obsessed with the films of Hirokazu Kore-eda then you can’t really like films at all. The Japanese auteur’s gentle, all-age family dramas subtly explore parental relations (Nobody Knows, Like Father, Like Son), the shifting bonds between siblings (Our Little Sister) and childhood chums (I Wish) and familial bereavement (Still Walking).

Before Kore-eda mastered his instantly recognisable brand of soft-spoken, slow-burning interpersonal drama, he was a documentarian, an influence that tells throughout Maborosi (1995), his defiantly sombre debut feature. The title loosely translates as “phantom” or “will o’ the wisp”, and it’s an appositely haunting film about haunted people, a notion that subverts the film’s social realist inclinations.

Yumiko (Makiko Esumi) is a young mother who is devastated when her husband Ikuo (Tadanobu Asano) takes his own life for no apparent reason. A matchmaking neighbour encourages the numb and submissive Yumiko to remarry a young widowed father, Tamio (Takeshi Nait?), who lives in a remote village by the Sea of Japan. There, she finds solace in ritual and duty. Years pass but as a crucial late scene reveals, she has never stopped grieving and questioning her first husband’s death.

Masao Nakabori won a Golden Osella Award for Best Cinematography at the 1995 Venice Film Festival for his work on Marabosi: it’s a dark film, both figuratively and literally, composed in unmoving tableaux that linger to the point of testing the viewer’s patience and shadowy medium long shots that mirror the heroine’s internal glacial state.

There’s an intriguing hint of the supernatural in a third act exchange between Yumiko and her now grown son, but as with the visuals and the inexplicable suicide, there are no easy easy answers here, only sadness.