‘I became a cop watcher. I was filming every time there was confrontation’ 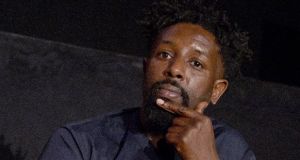 Ladj Ly was born to parents from Mali and grew up in Montfermeil during the economic turmoil of the 1980s. Photograph: Gregg DeGuire/Getty Images 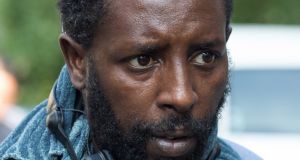 Ladj Ly was born to parents from Mali and grew up in Montfermeil during the economic turmoil of the 1980s. Photograph: Renaud Konopnicki

About 14 months ago, Ladj Ly’s Les Misérables premiered to something like a sensation at the Cannes film festival. Only obliquely related to the Victor Hugo novel, the picture goes among inhabitants of Montfermeil, a commune to the east of Paris, in the aftermath of France’s 2018 World Cup triumph. Beginning with celebrations on the streets, the narrative introduces us to a young police officer finding his feet among communities of colour during a time of unrest.

Les Misérables won the Jury Prize at Cannes, was chosen as the French entry for the International feature Oscar and took best film at the César Awards. After decades of work as a guerrilla documentarian, Ladj Ly had arrived in the big leagues.

“When we set out to make the film nobody was interested in giving us money,” he tells me a few days before lockdown hit. “We couldn’t get financing. No distributor believed in it. Now that has entirely changed. Now the film has had success everybody is looking for the next Les Misérables.”

Ly’s story is worth heeding – not least because Les Misérables draws heavily on his own experiences. Born to parents from Mali, he grew up in Montfermeil during the economic ups and downs of the 1980s. Like so many filmmakers of his generation, he picked up a video camera as a teenager and shot everything that moved.

“I bought a cameras when I was 17 and filmed everything that was around me – specifically the violence the police were doing,” he says. “I became a cop watcher. I was filming every time there was confrontation. That calmed things down. But I got in trouble. The police made many complaints and I was taken to court many times.”

I wonder if his presence had an effect on the police’s behaviour. Two months after we spoke, video of George Floyd’s killing in Minneapolis kicked off a debate about police brutality that is still bubbling furiously. Everyone with a mobile phone is now a documentarian.

“Yes. Arriving would change the behaviour and that annoyed me greatly,” he says. “If I see them doing stuff I will film them. Just two months ago I filmed them doing something. What’s happened now is that everyone has a mobile phone. So that has democratised that. At one stage I was the only eye, the only witness to all this.”

All life is here. We get riots in stairwells. Drones play a part in the narrative. One absurdist subplot hangs around the theft of a lion cub from a visiting circus. So much of this could be happening in Dublin or Manchester or Rio. The film certainly feels as if it was ripped from real life.

“Everything in the film, every single thing is something I witnessed – including the lion,” he says. “But, even if it was inspired by real events, it is a fiction film. Things are constructed in a cinematic way. It took a year to write it.”

And we are looking at the streets where these incidents originally happened?

The title is sure to cause some confusion here and there. No novel in the French canon is so resonant as Victor Hugo’s Les Misérables. Ly’s work has few direct narrative connections to the book, but it shares Hugo’s concern for the ignored underclass. And then there is the sense of place. The author knew Montfermeil well and significant parts of the narrative – those involving the Thénardiers’ inn – are set in the village.

“At no moment did anybody not want that title,” Ly says. “Everybody was happy with that title. It is a film that talks about social misery. And also Les Misérables was written about Montfermeil, where the film takes place. It is the exact location of Victor Hugo’s story. And that misery is present in the same place. It’s an area that has been forgotten.”

He had that connection in his head from the beginning.

“We first made a short film called Les Misérables and that was our calling card,” Ly says.

Came out a winner

They cannot have expected the success that followed. A hit in its home country, Les Misérables beat Céline Sciamma’s Portrait of a Lady on Fire in the race to become the nation’s submission for the international film Oscar. It went on to secure a nomination. That must have felt like a notable distinction – even if nothing was beating Parasite at the ceremony itself.

“We were sure we weren’t going to win,” he says, laughing.

Many thought Portrait of a Lady on Fire was the favourite to take best film at the César Awards, the highest French film honours, but Les Misérables snuck through to take the top gong. That was a controversial ceremony. Adèle Haenel, star of Sciamma’s film, famously stormed out shouting “Bravo, paedophile!” after Roman Polanski won best director for An Officer and a Spy.

“We were very happy to win it. I was the first black man to win best film,” he says. “But the atmosphere of the event was not a nice vibe. It was a pity in a way. It took the thunder way from our ground-breaking prize. There was all this other stuff around. That was slightly disappointing.”

Ly admits that he has been approached by producers and offered films budgeted at $25 million, but he intends to stay home and complete a trilogy about Montfermeil. Never mind a paltry $25 million. I imagine there’s a Spider-Man film or a Mission: Impossible romp out there if he really wants it.

“I keep every door open,” he says. “But right now I am intent on making this trilogy. Then I am open to all offers.”