From Bram to Brooklyn: 10 great films adapted from Irish literature

Lenny Abrahamson’s Room and John Crowley’s Brooklyn vie for the best picture Oscar this weekend. They are part of a grand tradition 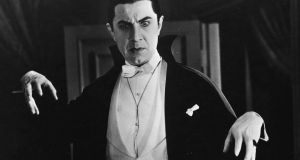 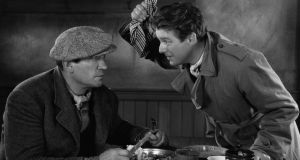 Victor McLaglen and Wallace Ford in The Informer (1935) 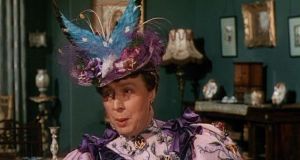 Edith Evans in The Importance of Being Earnest (1952) 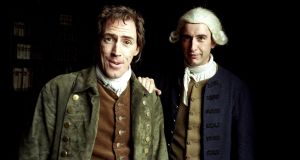 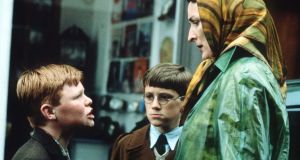 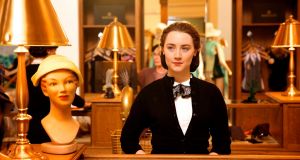 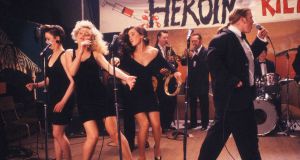 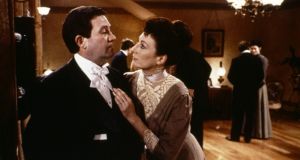 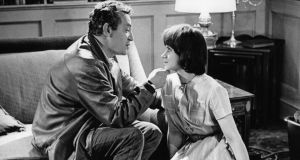 Peter Finch and Rita Tushingham in Girl with Green Eyes (1964) 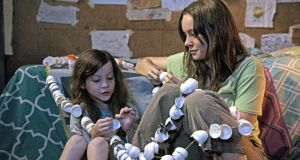 Even the doziest domestic observer will have noticed that Irish cinema is passing through an unprecedented period of fecundity. Others are blowing our trumpet for us. Both Lenny Abrahamson’s Room and John Crowley’s Brooklyn have been nominated for best picture at the Oscars. Seven Irish films recently premiered at Sundance, and one – John Carney’s Sing Street – was among the most celebrated of the event. There is a great deal more where that came from.

Does this mean that we can finally set aside the stubborn notion that our sensibilities are more literary than visual? To an extent. In earlier films such as Adam & Paul and What Richard Did, Abrahamson wound visual correlatives around the economic language. In the latter film, an ambiguous last shot encapsulates the protagonist’s uncertain future more eloquently than any dialogue could. The Greenaissance (I apologise for that) is built on hard-learned cinematic skills.

For all that, we can’t quite escape our engagement with books. Still prisoners of the northern Atlantic, we need to fall back on words when the evenings darken. Room, from a novel by Emma Donoghue, and Brooklyn, based on Colm Tóibín’s thumping novel, are stout cinematic achievements, but they also register as two of the nation’s greatest-ever literary adaptations.

This is a tricky super-genre. Too many directors and writers approach the material with an overpowering desire to be “faithful” and to “honour” the text. Such concerns never troubled Alfred Hitchcock. That director would tear the source novel to pieces and salvage only those pieces that appeared suitable for cinematic transformation. In the current era, the slightest deviation from the text – often categorised as a “mistake” – will trigger endless whining on social media. But Hitchcock was correct. The prime objective should always be to make a film that will play effectively to an audience that has never heard of the adapted play or book. Remember this: faithfulness to the text is not a virtue in itself. (Hitchcock’s rarely seen adaptation of Juno and the Paycock arrived before the master had perfected his style.)

There have been two film versions of James Joyce’s most famous work: Joseph Strick’s Ulysses from 1967 and Sean Walsh’s Bloom from 2003. Both feature strong performances. Both make nice use of location. Both work well as devotional tools for Joyce enthusiasts. Neither convinces us that this densely written book was crying out for cinematic adaptation.

Simply admiring a novel is not sufficient reason to embark on a film version. As one choice below demonstrates, successfully tackling an avant-garde novel requires ruthless application of the creative shears and subsequent unfettered rearrangement. We await Brendan Gleeson’s long-gestated take on At Swim-Two-Birds with cautious enthusiasm.

That noted, some plays are so robust that all the director needs to do is cast well and ensure that the camera doesn’t fall over. One such adaptation appears here also. Sometimes, as was the case with Dancing at Lughnasa, a play, despite opening out, fails to successfully escape its theatrical roots. Occasionally, as with the various versions of Dracula, adaptations invent their own conventions that prove more durable than those in the source.

Here is a selection of the 10 best Irish literary adaptations. We have some ground rules. These are theatrical releases of feature length. So Pat O’Connor’s Ballroom of Romance, just 65 minutes long, wasn’t considered and, although many were excellent, the Beckett on Film season doesn’t feature either (if pushed, we would name Atom Egoyan’s Krapp’s Last Tape as the most satisfactory). We are also ruling out memoirs. In such cases, the film is as much a version of history as it is of an admired text; hence the exclusion of My Left Foot and Angela’s Ashes. There are still plenty to go round.

One might argue that FW Murnau’s Nosferatu (1922) is superior, but, troubled by suits from Bram Stoker’s widow, it never acknowledged its true source and changed characters’ names and other details to sidestep the legal dangers. The camp Coppola incarnation fails by striving for unnecessary faithfulness. We select Tod Browning’s version because it established so many unshakeable traditions. Bela Lugosi’s Hungarian vowels echo across the decades.

Although Liam O’Flaherty’s novel is still admired (it won the James Tait Black prize), John Ford’s shadowy adaptation has elbowed it aside in the cultural consciousness. Victor McLaglen plays an Irish republican adrift dangerously in Dublin during the War of Independence. Ford always hated intellectual analysis of his work, but the influence of the German expressionists on the beautiful camerawork cannot be denied. Made a fortune.

The Importance of Being Earnest (1952)

A play this strong will take care of itself? Not necessarily. Despite featuring Rupert Everett and Colin Firth, the 2002 version is terrible. Anthony Asquith’s earlier adaption relaxes into Oscar Wilde’s great text and invites its actors to aphorise for the nation. Edith Evans is beyond definitive as the petrifying Lady Bracknell. No one else delivers “A handbag?” with such vehemence.

Desmond Davis’s take on Edna O’Brien’s The Lonely Girl – adapted by the author – has been overlooked in subsequent decades, but it is a beautifully acted, offshore spin-off from the British new wave. Rita Tushingham plays a rural girl who falls for a recently separated novelist (Peter Finch) in Dublin. It was made for Woodfall Films and plays with the same rough rhythms as that company’s Look Back in Anger. Keep an eye open for young Mike Murphy.

Do we really want to tackle Joyce on film? Doesn’t John Huston sound like an aggressive director for such delicate material? Against the odds, the picture, Huston’s last, turned out to be something of a triumph. Donal McCann is steady and fragile as Gabriel Conroy. Angelica Huston is majestic and dangerous as his wife, Gretta. The Dead, perhaps inevitably, feels like more of a gorgeous chamber piece than a major masterpiece, but it is the only Joyce adaptation worth attending.

If you want to learn how to adapt a postmodern novel then look to Michael Winterbottom’s take on an 18th-century classic. Frank Cottrell-Boyce’s angular script sets itself among a film crew making a version of Laurence Sterne’s The Life and Opinions of Tristram Shandy. Steve Coogan and Rob Brydon both play themselves. Excerpts from the awkward novel nudge aside the bickering seemingly at random. We can’t say if Sterne would have liked the film, but the Reverend would surely have appreciated its irreverence.

It is hard to overestimate the effect that Alan Parker’s take on Roddy Doyle’s early novel had on Ireland and the world. A stirring musical set in and around a crumbling Dublin, the picture now looks like the last record of a city that was about to change immeasurably. Booms and busts were on the way. The old smoke would soon welcome new nationalities to a city that was then overpoweringly monocultural and monochrome. A sparse novel was cleverly teased out by veteran British writers Dick Clement and Ian La Frenais.

Patrick McCabe’s writing swells with references to pulp cinema. It still required great dexterity to wrestle the text into a digestible cinematic package. The horrible, hilarious result – adapted by the author – still looks like Neil Jordan’s very best film and, as is often the case with McCabe, manages to both adore and revile the weirdness of small-town Ireland. Eamonn Owens is great as the kid. Sinéad O’Connor is the only Virgin Mary you need. The director and author also did good work together on Breakfast on Pluto.

Director John Crowley and screenwriter Nick Hornby faced an interesting challenge when tackling Colm Tóibín’s novel. This is a story with only one minor antagonist. Everybody is decent. Almost everybody wants the best for young immigrant Eilis Lacey (Saoirse Ronan). How do you make a drama of that? By focusing on the terrible conflict that takes over the protagonist’s brain in the third act. She is at war with herself. The adaptation is faithful, but in the end it allows less ambiguity about Eilis’s eventual decision.

When asked why he felt that Emma Donoghue’s novel, about a woman kept captive with her young son, could be cinematic, Lenny Abrahamson told The Irish Times: “When we say ‘cinematic’ we take it as shorthand for big vistas and action. But for me that word covers a huge tonal range.” He is right, of course. Nothing could be more “cinematic” than the literal and emotional claustrophobia of the opening act. Although Donoghue didn’t veer too far from her own text, she was prepared to make necessary tweaks and nudges.