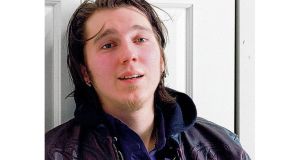 Quite a way into For Ellen, slacker antihero and failed rock musician Joby Taylor (Paul Dano) realises that his young daughter may or may not have wandered off in the shopping mall. Alarmed, he does what any deadbeat dad would do: he affects his best Jagger swagger.

Parental access sees dad struggling to contain his frustrations and resentment when the little girl fails to respond positively to talk of ice cream and ponies. In drunken despair, Joby digs deep – well, deep for him – and gyrates around his lawyer, Fred (Napoleon Dynamite’s Jon Heder) for an impromptu sing- along to Whitesnake’s Still of the Night.

The wintry landscapes and wintry souls of Five Easy Pieces provide a touchstone for the Korean-born, American-raised So Yong Kim and her third feature. On cue, Dano’s wincingly ego-free central turn calls out for a film fit to stand shoulder-to-shoulder with Bob Rafelson’s 1970 classic. Few actors have ever dared to appear so shallow and so self-serving onscreen; few actors have gone Full Whitesnake.

Unhappily, For Ellen ultimately suffers from the comparison. Where Kim’s previous work was slow and thoughtful, this is downright inert. Dramatically and emotionally, the film perversely refuses to warm up. Hints of brightness and humanity, such as Fred bringing Joby home to meet his mother, are quickly dismissed in favour of dour, directionless mire. Longueurs are punctuated by longueurs; one snowy drive segues into another.

In Five Easy Pieces, Jack Nicholson’s Robert Dupea was restless and nihilistic. But this disaffected drama and its ne’er-do-well protagonist are simply too psychically adrift for the viewer to get involved in any meaningful way. It’s almost as though we’re working toward an inverted, non-humorous riposte to John Goodman’s line in The Big Lebowski: Say what you like about nihilism, at least it’s an ethos.

Laura Madden, Weinstein’s Irish victim: I was No 6 on his ‘secret hit list’