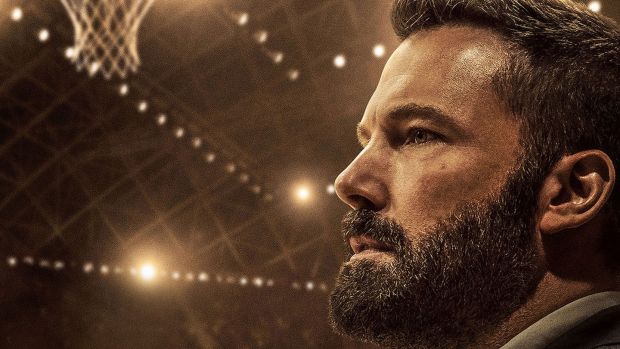 Hoop dreamer: Ben Affleck in Finding The Way Back

Film Title: Finding the Way Back

Now that the unappealing era of the Batfleck has come to an end, Ben Affleck has returned to gaffe-prone celebrity and, oh yes, acting. He has reunited with Gavin O’Connor (The Accountant) for this muscular drama which pivots around the actor’s performance as Jack Cunningham, an alcoholic Irish-American construction worker.

Swigging from a bottle of vodka before a Thanksgiving dinner thrown by his worried sister, and powering through tins of beer, Jack is already at a low ebb when ex-wife Angela informs him that she has “moved on”.

One day, his boozing is unexpectedly interrupted by a call from a priest at the Catholic high school where Jack was once a star basketball player who led his team to multiple championships. Thus begins a familiar sports spiritual, in which an old loser moulds a team of other losers into winners. He shouts a lot in basketball jargon (the diamond is a favoured thing). He swears a lot, much to the chagrin of the uptight assistant coach and the team chaplain.

Finding the Way Back - official trailer

The solid, unfussy script is co-written by the director and Out of the Furnace writer Brad Ingelsby. O’Connor has form in this respect, having presided over the MMA film Warrior and Miracle, a dramatisation of the US men’s ice hockey team’s efforts at the 1980 Olympics.

Squint past Eduard Grau’s impressive, crystalline cinematography and certain moments in Finding the Way Back might have been lifted from these earlier films. No matter. Budding filmmakers would do well to study the director’s impeccable use of slow motion in this film’s crucial three-pointer scenes.

Affleck has made no secret of his struggles with alcohol and has talked about the catharsis he experienced shooting Finding the Way Back. It’s a career-best performance, one that marries hulking physicality and internalised demons, as Jack battles grief and addiction.

It’s a fine character study, one that fails to leave enough room to develop meaty material for either Jack’s basketball charges or family members. Janina Gavankar, playing the concerned ex-wife, and Brandon Wilson as the promising player do well with underwritten roles.

8 Criminals - born or made?