Daphne review: an anti-Bridget Jones for the Fleabag generation 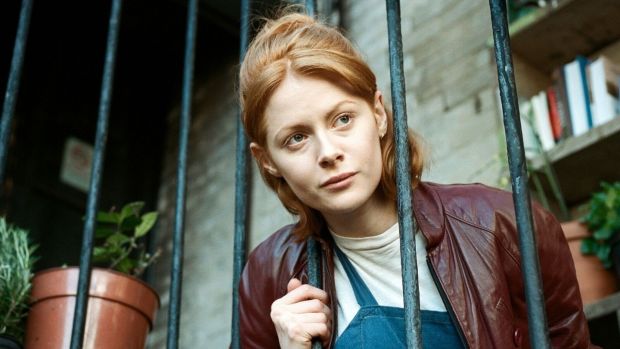 There’s quite rightly a great deal of buzz around Peter Mackie Burns’s spiky debut feature. Daphne, a character study that, much like its titular subject, refuses to conform to neat, trite expectations (as marvellously inhabited by Emily Beecham) is an appealing mess of uncertainties.

A thirtysomething Londoner who quotes Slavoj Zizek to sometimes smart and sometimes pretentious effect, this anti-Bridget Jones seems to be wasted in her kitchen job. Or perhaps the kitchen job is wasted on her?

She drinks too much and casually does hook-ups and drugs, but not to tragic or destructive effect. (Classic Daphne moment:“Whenever I do coke, I think about Freud,” she tells one snorting companion.) She endlessly bickers with her mother (Geraldine James), expresses misanthropic sentiments and is an all-round difficult sod.

She’s obstreperous, but funny-obstreperous. The kind of person who loudly declares that she has “given up on people” only to stumble home to look at pictures of Ryan Gosling online while eating a bucket of fried chicken. When she unsuccessfully attempts to slip past the bouncers at a club door, they are more than a little bemused by her banter: “You, sir, are a fabulous c***,” she shouts haughtily, as she retreats into the night.

And then, in common with Kenneth Lonergan’s Margaret, Daphne witnesses a random act of violence. She moves on, dismisses the incident in a glib, drunken soundbite and proceeds to unravel. Not too much: just enough to potentially screw things up forever.

The technical specs – including Adam Scarth’s cinematography and Joakim Sundström’s sound design – are impressive. Beecham provides the fireworks. Her vibrant turn as a thoroughly modern Millie has been variously compared to Phoebe Waller-Bridge’s Fleabag and Lena Dunham’s Girls. It’s more pleasingly contrarian than even those comparisons suggest.