Coup 53: A maddening, gripping portrait of how imperialism works

Review: A story of western skulduggery in Iran takes in Bernie Sanders and Jimmy Carter 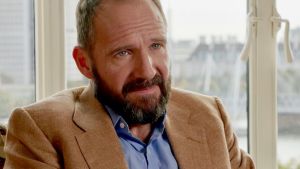 There’s a moment in Taghi Amirani’s fascinating new documentary in which the film-maker sits down with the researcher from the 1985 British TV series End of Empire. We see a condensed version of the events already covered in the film, a reel that is emblematic of the film’s casual deconstructive approach. Coup 53 is almost as concerned with the film-making process – the lists, the dead ends, the searching – as much as it is with political history.

Iranian film-maker Amirani and Apocalypse Now’s legendary film editor Walter Murch have teamed up for this thorough investigation of the United States and Britain’s part in the 1953 coup which overthrew Mohammad Mosaddegh, the democratically elected leader of Iran. The film, which took more than 10 years to make, moves between their research process, archive footage and contemporary interviews to uncover the CIA and MI5 skulduggery behind Mosaddegh’s removal from office.

“Operation Ajax” was a bargain coup, noted CIA operative Kermit Roosevelt Jr, one that cost the Americans a mere $60,000 of the million dollars allocated. That surfeit may be accounted for by keen British interest. As with so many political developments in the region, oil was a powerful motivating factor.

In 1951 Winston Churchill, determined to hang on to the profits from the Anglo-Iranian Oil Company, hatched a plot with the new US president Dwight D Eisenhower to oust Mosaddegh, who had just been named Time magazine’s Man of the Year in 1951 for banishing foreign oil companies and renationalising petroleum. A compelling history unfolds, one that takes in people including Bernie Sanders and Jimmy Carter.

The telling of that history, meanwhile, is interrogated by the hunt for a mysterious interview given by coup orchestrator and MI6 secret agent Norman Darbyshire in the 1980s. It falls to Ralph Fiennes to read the transcripts on camera.

Shockingly, Darbyshire’s testimony – “Of course the Persians had the feeling they were being screwed; and rightly so” – is significantly less condescending than much of the contemporaneous footage. The Iranian oil business is characterised as a “monument to British enterprise”.

Phrases such as “maybe sanity will yet prevail” and “50 years of magnificent achievement” are repeated. “The British smiled at us as if smiling at an animal,” recalls one gardener. Various British diplomats dismiss Mosaddegh for wearing pyjamas or being “dotty”.

These sentiments and Murch and Amirani’s transparent framing coalesce into a maddening, gripping portrait of how imperialism works.