Tribe’s Bruce Parry heads back to the Bornean jungle in Tawai: A Voice from the Forest 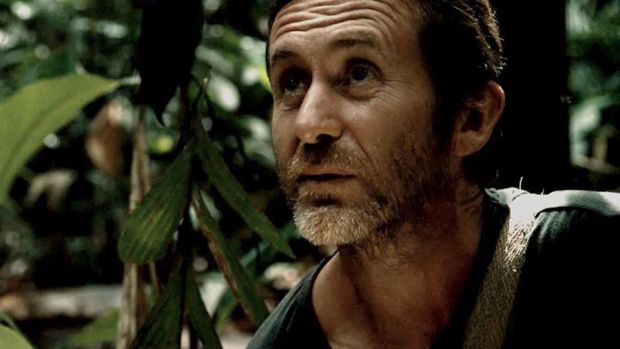 Film Title: Tawai: A Voice from the Forest

Were it not for the fearlessness with which he traverses remote jungle terrain, you might never guess that eco-filmmaker Bruce Parry was a former British Royal Marine.

Fans of the filmmaker’s documentary TV series Tribe – in which Parry attempted to learn the rituals and customs of isolated peoples in the Himalayas, Africa, Venezuela, Mongolia, and beyond – will surely be delighted by Tawai: A Voice from the Forest.

The film’s co-director first met the Penan people of Ba’ Puak in the Borneo rainforest while making the award-winning final episode of his BBC series. Here, he reteams with the Penan, one of the last hunter-gatherer societies on Earth, to consider the tricky-to-translate concept that gives the film its name. The joy of this reunion is tempered by the increasing encroachment of logging companies on the land: multinationals seeking palm oil, in particular. The Penan are guided by the twin practices of molong, which means never taking more than necessary, and tawai, which indicates a sense of oneness with nature.

Ironically, their ecologically harmonious lifestyle may ensure their eviction: having left no discernible imprint on their ancestral lands, these mostly nomadic people cannot demonstrate that they have lived in the rainforest for generations.

Parry carefully teases out ideas about living in harmony with nature and the wisdom that might be gleaned from lifestyles that many Malaysian authorities would dismiss as antiquated. “Travelling by car or airplane is not something we can guarantee for future generations,” one local explains flatly: “So I do not want it.”

These sentiments are echoed across the globe by the Pirahã, an indigenous people of the Amazon Rainforest.

Parry also consults with experimental psychologist Iain McGilchrist on the parallel functions of the brain’s left and right hemispheres, with anthropologists Jerome and Ingrid Lewis on the rise of consumerism, and with the family of Mahant Jagadesh Giri on the eve of the Kumbh Mela, the festival that sees millions of Indians wade into the Ganges.

The new age friendly insights aren’t quite as arresting as DOP Mark Ellam’s gorgeous far-flung tableaux. Still, Parry makes for an amiable travelling companion. Will his unabashed tree-hugging translate at a moment of peak climate-change denial? We do hope so.