A guide to what’s on this weekend

Music, musicals and movies to entertain you 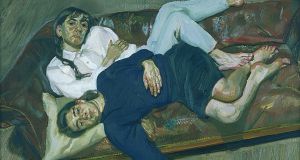 Lucian Freud, Bella and Esther, 1988, oil on canvas, from the artist’s private collection, can be seen as part of The Freud Project at the Irish Museum of Modern Art. 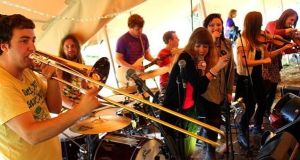 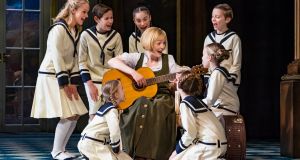 Perennial favourite The Sound of Music run at the Bord Gáis Energy Theatre until January 6th. 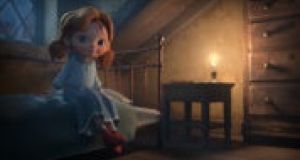 Angela’s Christmas, based on the book by Frank McCourt is on RTÉ One on Christmas Eve.

The Sound of Music

The Grand Canal Dock is alive, to The Sound of Music. Two Irish stars lead Bill Kenwright’s West End production of one of the most beloved musicals ever, running over the Christmas season. Irish West End star and finalist in the UK show The Voice in 2015, Lucy O’Byrne plays Maria, a role she was hailed for on tour in Britain last year, before landing the part of Fantine in Les Misérables in the West End. Celebrated Irish lyric soprano Celine Byrne, who has performed opera all over the world, is Mother Abbess. Nun turns governess turns music director turn Nazi escapee: the Rodgers and Hammerstein musical based on Maria von Trapp’s 1949 autobiography has it all – a dramatic and romantic story, a daring dash for freedom, and all those memorable songs, including Edelweiss, My Favorite Things, Do-Re-Mi, Climb Ev’ry Mountain, So Long, Farewell and the glorious title song.

Anyone who has stumbled upon Attention Bébé in the wee hours at Electric Picnic or Body & Soul knows they are the ultimate party band. Just when you think you’ve no energy left, they lift you up. Not directly a covers band, they rework and upgrade ’90s hits like Alice DeeJay’s Better Off Alone, Kernkraft 400’s Zombie Nation and Michael Jackson’s Earth Song – all solid classics – and with their dapper brass section adding in horns where you never thought possible, you’ll be bopping until you drop. Expect a few surprises on the night. They’ve been known to add in a pass the parcel round during a hectic trumpet solo. Discount tickets are available to buy for groups of five and over.

The Garden Galleries, Irish Museum of Modern Art, Royal Hospital, Kilmainham, Dublin, until January 7th (Gallery closed December 24th-27th) imma.ie Imma has 50 Lucian Freud works on loan until 2021. There is a charge of €8, concessions €5, but free on Tuesdays and with various other exemptions. If you have yet to visit, you have until January 7th, when the current arrangement of works will be changed to incorporate a more focused look at Freud through others’ eyes as well as his own. There’s a hint that all 50 pieces will not be on view as they are now, carefully and spaciously hung in sympathetically scaled rooms. It is a premium exhibition with many memorable pieces, not least a series of etchings, as well as great paintings of people close to him.

We can’t resist a good animated Christmas special, which is why we’re always glued to The Gruffalo, The Snowman or Wallace and Gromit at this time of year. Brown Bag Films have added a new one to the canon with Angela’s Christmas (Christmas Eve, RTÉ One, 6.20pm), the story of a little girl living in poverty in the early 1900s who just wants everyone to be safe, warm and loved for Christmas.

It’s based on a children’s book by the late Frank McCourt, author of the ultimate misery-lit classic Angela’s Ashes, and features the voices of Ruth Negga and Lucy O’Connell, with narration by Frank’s brother Malachy McCourt. You’d need a hard heart not to be warmed by this one.

Food or War: Alarming take on future of humanity
6

Casting a Jesus or George Washington? Only Tom Hanks will do
8