Donald Clarke: Get over Charles Manson and get over the 1960s 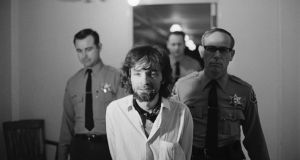 Cult leader Charles Manson: he preached a demented catechism of misogyny, racism and social paranoia. He was no more intelligent than a dozen other criminal psychopaths

This ought to be the last article on the curious cultural legacy of Charles Manson. We can hope. The infamous cult leader, who has died in prison at the age of 83, preached a demented catechism of misogyny, racism and social paranoia. He was no more intelligent than a dozen other criminal psychopaths. He left no writings worth heeding.

And yet popular cultural couldn’t leave Manson alone. The story about him auditioning for The Monkees is apocryphal, but he really did engage with some of the era’s most influential avatars.

Before the murders that brought Manson infamy, Dennis Wilson, founder member of The Beach Boys, touted him about the LA music scene. The band eventually recorded one of his rambling, anti-melodic songs. Terry Melcher, manager of The Byrds and son to Doris Day, also took an interest in the charmless vagrant.

The events at 10050 Cielo Drive in August 1969 should have ended all that. At that LA address four members of Manson’s so-called “family” murdered the pregnant actress Sharon Tate and five of her friends.

Rather than suffocating the Manson cult, the murders launched it into a wider cultural penumbra

The trial, which opened up the fetid underbelly of a cresting subculture to mainstream America, ended in March 29th, 1971, when the jury returned verdicts of death against all defendants. The sentences were subsequently commuted to life following the (temporary, as it transpired) abolition of the death penalty in California. Manson festered until passing away last week.

Sad to say, rather than suffocating the Manson cult, the murders launched it into a wider cultural penumbra. A few weeks before the verdict Manson’s dreary sub-folk album LIE was released  - somewhat astonishingly it remains available today on streaming services such as Spotify and Apple Music.

Aware that Manson had an obsession with The Beatles, John Lennon, always available to say the wrong thing, gave journalists some empty blather. “I just think a lot of the things he says are true,” he said. “That he’s a child of the state, made by us. That he took their children in when nobody else would.”

Jann Wenner, the editor of Rolling Stone, initially entertained a popular conspiracy that “The Man”, concerned about the rise of hippie culture, had framed an innocent Manson, but the paper ultimately saw sense in a story headlined “The Most Dangerous Man Alive”.

The urbane writer Joan Didion analysed the Tate murders in her book The White Album. Stephen Sondheim referenced them in his musical Assassins. Neither of these cases involved fetishisation, but a lot of that went on.

Two decades after the case an unthreatening mid-western gloom rocker named Brian Warner transformed himself into the supposedly terrifying Marilyn Manson. The ludicrous holiday-camp boppers Kasabian pretended to be dangerous by taking their name from Linda Kasabian, a member of the cult. Over the years the crazed fans writing to Manson diminished, but he still retains a unique (and undeserved) place in pop culture.

What’s been going on?

Two murderous events are often cited as heralding the end of the 1960s in the US. Four months after the Tate Murders, at a Rolling Stones concert in the Altamont Speedway, Hells Angels, contracted as security, stabbed Meredith Hunter, an African-American, to death. The incident came to be seen as a sort of evil twin to the Woodstock festival earlier the same year. The other murders we have already mentioned.

The irony is that the 1960s have refused to go away. The latest John Lewis Christmas commercial features a song by The Beatles

The 1960s had been far from idyllic in the US, but, to this point, it remained possible to believe that the “peace and love” thing would catch on. With Nixon in the White House and bombs falling on Vietnam, that now seemed like derangement. Cielo Drive and Altamont sounded the final knell.

A charitable take on Manson cultism would place its origins in mourning for a supposedly inspirational decade. The irony is that the 1960s have refused to go away. The latest John Lewis Christmas commercial features a song by The Beatles.

Twenty-first century rock bands still fit themselves to the template created in those years. In 1967, the notion of dressing like a hipster from 1917 would have seemed unimaginably absurd. But students still wear jeans, sneakers and various classes of T-shirt. They are even known to listen to the Rolling Stones.

Fine things came out of the 1960s: gender awareness, more liberal attitudes to sexuality, civil rights campaigns. But the continuing, unflagging adoration of the era’s popular culture is exhausting and inhibiting.

Aside from anything else, it thrives on the myth that the 1960s swung for youths in all corners of the developed world. They didn’t. For most people, working life progressed to the same dull rhythms that played throughout the previous two decades. Never forget, the soundtrack to The Sound of Music was the biggest selling album of 1965, 1966 and 1968.

Has your phone secretly recorded your conversations? Mine has
3 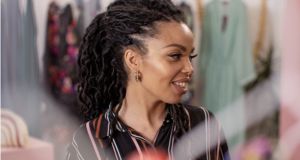