Culture Night: Your guide to the best events in Dublin and around Ireland

Of the 4,000-plus events taking place on Friday 20th, here are the ones we want to go to 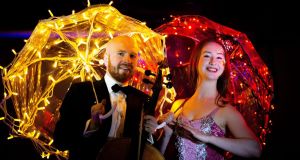 Opt for the unexpected. Culture Night’s pleasures increase every year and the sheer size and breadth can make it seem overwhelming. So break it down: choose some place you’ve always wondered about or were not sure about and try it out, or select a few things in one area or on one theme.

There are more than 4,000 Culture Night events in Ireland on Friday and more than 400,000 people turned out last year. Many events are family friendly and they’re all free. There’s a range of walking tours, a Culture Night podcast and you can own the city with free Dublin Bus routes or Bus Éireann in Cork. Check online for locations and times, whether your need to book, and if there are age/accessibility restrictions.

And bear in mind, during this extensive, glorious celebration of culture, that beneath it there are cracks in the foundations. Many creative work spaces and venues that nourished this art have closed or are under threat, creative work is precarious and many artists earn less than minimum wage. Here’s our pick ‘n’ mix of what to do around the country.

Walkabout at The Space Between: The event is an immersive sonic journey. It is a first in a new contemporary space at 28 Fenian Street, Dublin 2. A slow-motion, electronics-and-chamber-ensemble hybrid in a seemingly infinite maze, with musicians disassembling.

1WML - Windmill Quarter: The D2 riverside neighbourhood around Townhall at 1 WML as a focal point with a Vinyl Walkway and showcasing the Windmill Lane Recording Studios music legacy.

The Corps Ensemble: The theatre production company presents a rehearsed reading of Jennifer Haley’s play The Nether, a virtual wonderland of sensory immersion. Log in, choose an identity and indulge your every desire for a mix of serpentine crime drama and haunting sci-fi thriller at The Bohemian at McGeough’s in Phibsboro. Followed by Phizzback – Playback comedy improv, 16-plus.

Axis Ballymun: A night of pop, dance and chart hits for adults and young adults with intellectual disabilities, with friends, families and carers welcome.

The Bretzel Bakery: Hear about sourdough culture and the health benefits of long-fermentation at the Portobello bakery baking bread since 1870, and take away a starter culture to bake your own bread at home.

Hot Press: A display from the collection of the music magazine founded in 1977 by Niall Stokes.

Meeting House Square: This a new event held under Meeting House Square’s weatherproof umbrellas. There will be a family rave followed by District Magazine hosting Irish spoken word and some of Ireland's favourite hip hop artists.

Barnardo Square:  Fi’s Éireann/Screen Ireland selection of live action and animated films with stories of love and romance from different perspectives, including new, critically acclaimed films selected from Screen Ireland’s short film schemes. Plus Football Freestylers will captivate passersby on Barnardo Square with tricks and skills, to note Dublin as a host city for Uefa Euro 2020.

Atelier Maser: You’ve seen his work for years on walls, but see Maser (a Culture Night “trailblazer”) in person in his multifunctional new atelier on Charlemont Street, which is a working studio-gallery-yoga studio-mingling space, showcasing artists from a street art background.

Museum of Literature Ireland: There’s great anticipation to see the new Museum of Literature Ireland when it opens its doors to the public for the first time on Culture Night (and continuing with late monthly first Friday openings in future also) in Stephen's Green. The national Library and UCD have created a beautiful 21st century exhibition space at Newman House, using imaginative contemporary museum technology while celebrating its past, with a specific focus on James Joyce’s work – don’t miss the immersive Riverrrun of Language and the thoughtfully-designed and planted readers’ garden.

Lisa Hannigan IMMA: A response from singer Lisa Hannigan to the Desire: A Revision exhibition opening tonight, part of an ongoing collaboration with artist Dorothy Cross.

The Artistic Liberties:  The project starts with a photographic exhibition by Remi Parnaud in Newmarket Square, portraits and stories from the multicultural Liberties community.

Something About Mary: Paintings, prints, statues and t-shirts with modern and traditional images of the Virgin Mary collected by Rosita Sweetman at Copper House Gallery. The collection claims Mary as a feminist goddess.

The Amphitheatre: Open air event at Civic Offices on Wood Quay with environmentally conscious activities including music equipment gear swap with MyVolts and making an eye-catching mask from recycled materials for a masquerade ball with live music.

Triskel Arts Centre: VIVA VHS! salutes the video cassette with a collection of classic and cheesy trailers sourced from hundreds of tapes. Screenings at 7pm and 8.45pm.

Hawk’s Well Theatre: Words and music – Rafeef Ziadah’s sequence of linked poems, a response to occupation, exile and terror, and Sorcha Fox will perform pieces from Remember. Both underscored with live original music from Dee Armstrong and Lughaidh Armstrong Mayock.

St Joseph's Court: Alcock and Brown – Those Magnificent Men is a documentary screening in Clifden of Yesterday we were in America celebrating 100 years after the first non-stop transatlantic flight . Brown who flew from Newfoundland, Canada and crash landed at Derrygrimlagh Bog in Connemara.

Co Galway highlights:  include Spontaneous Theatre Company in Wingin’ It! improvised comedy-theatre, Dr Frankenfaust adults-only show and Richard Hearns’s studio, all in Portumna. Fíbín Teo: House Party – outdoor spectacle and dance opera performed to a live classical score in a three-storey house in Baile na hAbhainn. The Athenry Arts and Heritage centre presents a flash mob orchestra in Pop up, Pop in, Pop out in Athenry.

In Headford: Forget me Not video installation, and the Headford Lace Project remembers 13 girls sent to Australia in 1848-1850.

Borrisoleigh: Drama, music and photography in several venues in the village including the Bothy and Finn’s Pub, plus re-enactment of the Fenian rising of 1867 on the square (weather permitting).

Regional Cultural Centre: There are a numbe of visual art, film and family workshops at the Letterkenny centre including the Donegal Youth Orchestra, a children’s and craft drive-in movie and several exhibitions: Donegal’s Atlantic Way, a National Football Exhibition, mixed exhibition When I Was a Child along with a screening of An Artist’s Work is Never Done created by Peadar McDaid and his nephew David.

They’re extending the night into Saturday to make a weekend of it in Belfast. Events include opening up the Masonic Hall on Rosemary Street for the first time with two days of screenings, performances and activities. There’s also a Street Feast food and drink market at St Anne’s Cathedral, Brilliant Trails along the city’s riverfront and harbour, the Cathedral Gardens will be transformed into the Light Gardens for live music and a portable, bijou speakeasy the Metro Cabaret Bus.

To organise yourself for the evening, culturenight.ie is your friend and the physical programme possibly an even better friend.