Irish will be a fully fledged language of the EU by 2022, and the drive is on to recruit translators. Officials see it as a rare opportunity to get Irish people into EU institutions 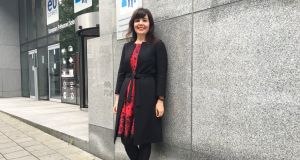 Sarah Rooney: “Living in Brussels means you can jump on a train to London to visit friends” 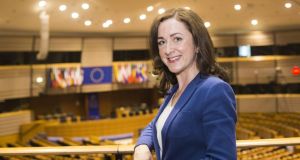 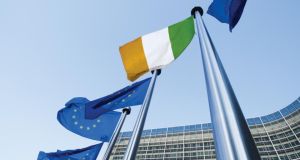 EU pressure: Ireland has to prove it has people with the language skills to become translators. Photograph: iStock

More than four decades after Ireland joined what was then the European Economic Community the country is about to reach another milestone in its membership of the European Union.

In the coming months Ireland is to ramp up the number of Irish speakers working at the organisation, as Irish is due to become a fully fledged official working language by 2022.

Irish became an official language of the EU in 2007, after heavy lobbying by the government of Bertie Ahern, but a transition period, or derogation, was granted to allow time to get a sufficient number of translators in place. Following a decision last December, that transition period will be phased out.

Irish-language campaigners have long called for the derogation to be lifted, arguing that Irish has been a second-class language for the past nine years. The Sinn Féin MEP Liadh Ní Riada even staged a week-long language strike last year, during Seachtain na Gaeilge, refusing to engage with EU institutions in any language other than Irish.

But given the thousands of legislative documents that pass through the labyrinthine EU system each week, the elevation of Irish to a full working language brings enormous challenges. The pressure is on for Ireland, given how strongly it petitioned to secure full recognition for Irish, to prove that it has the people with the language skills to meet the new personnel requirements.

The Department of Arts, Heritage and the Gaeltacht, together with the European Personnel Selection Office, advertised for 62 Irish-language translators and 14 language assistants.

The assistants need knowledge of Irish and either English, French or German; candidates to be Irish-language translators must be fluent in Irish and have both a second language (typically English) and a third EU language. They must also have a university degree and sit the notoriously difficult concours, or EU exams.

But there are big pluses to the posts, which can be based in Brussels or Luxembourg. The basic monthly salary for a translator starts at €4,384. Given the extremely low tax rates that EU workers pay, and the fact that candidates are likely to qualify for additional benefits, it’s an attractive package. Successful candidates can also use the job as a stepping stone to move into other areas of the European Union.

To help prepare for the increase in demand for Irish speakers, in 2006 the department of the gaeltacht established the advanced Irish-language skills initiative, which devised a series of third-level courses aimed at developing the skills needed for jobs both in the Oireachtas and in the EU.

A number of third-level institutions now offer specialised Irish courses, often with a strong legal component, which aim to equip students with the knowledge and skills required for jobs as EU translators or other linguistic-based roles.

“With the establishment of Irish as an official language of the EU it became clear that Ireland needed to train up people to avail of the new opportunities that were coming onstream,” he says.

“Just as a few years ago third-level institutions had to step up and provide training in IT, as the industry began to develop in Ireland. Similarly, the education system has had to train people up to avail of the new career opportunities becoming available.”

As well as providing specialised training in legal terminology in Irish – an important and precise science when international law is at stake – the courses help students to prepare for the psychometric tests that form part of the EU exam process, as well as providing a grounding in EU politics and law.

An estimated 700 Irish people are employed by EU institutions, including about 495 at the European Commission; this includes contract staff.

Although this is relatively proportionate in terms of Ireland’s share of the EU population, there have been growing concerns that this is beginning to shift, as many of the staff who joined in the 1970s, at the time of Ireland’s accession, are nearing retirement age.

Ireland has a strong record in terms of senior positions at the EU: the last two secretaries general of the European Commission, Catherine Day and David O’Sullivan, were Irish; O’Sullivan moved to Washington, DC, last year, as the EU ambassador to the US; Day retired.

But there is concern that Ireland does not have enough people coming through the ranks to fill senior posts. This is a worry shared by other countries that were among the earlier to join the EU, as they watch more and more people from countries that joined after 2004 compete for jobs.

Brussels and Luxembourg abound with bright young things from eastern Europe, many of whom have language skills that British and Irish students cannot match.

Only one Irish person, Grace Bolton-Visoka, who is now working at the European Commission, passed the concours exams held in 2014; two Irish people passed the following year, of a total of 159.

But officials say the picture is more complex than that. They point out that Italy, a founding member of the EU, has secured a disproportionate number of entry-level positions but that this is down to its education system rather than to any innate superiority of its candidates.

Italian universities encourage their best and brightest to apply for the concours, and provide specialised training, with the result that more candidates apply – a priority absent from the Irish and British education systems.

The new batch of Irish translation jobs are therefore seen as a once-in-a-generation opportunity to get Irish people into the EU. With the prospect of Brexit looming, Irish people are already highly sought-after within the European institutions, because of their command of English, which is increasingly the de-facto language of the European Union.

Although the European Commission is at pains to point out that all applicants are treated equally, and that no national quotas exist, it is strongly positive about the prospect of Irish speakers working at the EU. Kristalina Georgieva, the high-profile vice-president of the European Commission, is encouraging people to apply.

“Irish people have a proud tradition of working in the EU institutions and [have] a great reputation,” she says. “We’re offering a rewarding and stimulating career, so I encourage people to apply.”

For many Irish speakers this could be an opportunity to get a foot on the ladder in the EU world and begin what may be an exciting and varied career.

‘You’re working with people from 27 countries’

A maths graduate of Trinity College Dublin, Rooney also had a strong background in languages, thanks mainly to her second-level education. She was educated through Irish at Laurel Hill Coláiste, in Limerick, where she also studied French and German.

Working for the EU is an interesting and rewarding job, she says. “One of the advantages is that you’re working with people from 27 other countries. My job involves looking at problems and finding solutions that have to keep 28 member states happy – always a challenge!”

She also enjoys living in Brussels. “There’s a great quality of life here, and it’s an easy city in which to live. There is always something fun on in the evenings or at the weekends. Living in Brussels also means you can jump on a train to London to visit friends, to Cologne for Carnival or Paris to watch the rugby.”

She began her career in the EU institutions in 2005, with a three-month translation traineeship in Luxembourg, translating documents from French, German and Spanish into English. Initially intending to stay only three months, she quickly decided to pursue a career there.

In 2006 she became the European Parliament’s first Irish-language translator, in preparation for Irish becoming an official language of the EU from January 2007. She also worked as an English-language editor, editing texts drafted in English by non-native speakers.

She was subsequently appointed the head of the Irish translation service in Luxembourg, where she lived for more than nine years.

In 2015 she moved to Brussels to take up a communications role with the European Parliament, where she works as a public-relations officer for the translation service.

Abbott was brought up bilingually and got an excellent grounding in languages at school – Coláiste an Phiarsaigh in Glanmire – before taking a degree in German and Irish at UCC.

“One of the best things about working as a translator in the European Parliament is the variety of policy areas one gets to deal with on a daily basis. The work-life balance is also excellent, with the parliament offering flexible working arrangements, such as part-time opportunities and parental leave.”

Although Abbott is happy in Brussels she also recommends Luxembourg. “It’s a really nice place to live and very family-friendly. The city itself is very international despite its compact size.”

The website epso.eu has details of how to apply for the positions of Irish translators or EU jobs more generally; positions are also advertised on publicjobs.ie

Antonia Campbell-Hughes: ‘I like hard graft. That’s what I believe in’
6

Bernadette Kiely evokes an isolation that has become routine
9

I came from India to Sligo, thrilled to be reciting Yeats along Lough Gill
Real news has value SUBSCRIBE