YA fiction round-up: topical tales of #MeToo and homelessness

Plus must-reads from Robert Muchamore, Alex Wheatle and Jason Reynolds 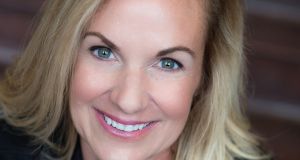 US author Deb Caletti’s latest YA novel, ‘A Heart in a Body in the World’, addresses a post-#MeToo audience in its portrayal of a young woman dealing with the traumatic outcome of a rejected suitor turned violent

Seattle-based Deb Caletti’s latest YA novel, A Heart in a Body in the World (Simon Pulse, $18.99), addresses a post-#MeToo audience in its portrayal of a young woman dealing with the traumatic outcome of a rejected suitor turned violent – a powerful story that in lesser hands would turn preachy. Days away from her 18th birthday, people-pleaser and “nice girl” Annabelle bolts – escaping her life but also beginning a cross-country trek that will earn media attention and, perhaps, soothe her soul.

Alongside the thoughtful reflections that are characteristic of Caletti’s work, the plot zips along nicely, with the ultimate reveal about what happened with the boy only known as “The Taker” saved until close to the end. Although underappreciated on this side of the Atlantic, Caletti sits comfortably alongside YA giants like John Green and Sarah Dessen in her capacity to understand, and eloquently express, the agonies and (occasional) joys of growing up. Her most recent book is a thing to cherish.

“Deion Powell was the king of high school.” So begins Cherub author Robert Muchamore’s latest YA novel, Killer T (Hot Key Books, £12.99), and the cliché is enough to make one want to toss the book aside. But immediately expectations are subverted: Deion is laid low by a chemical explosion in the first few pages, and we move on to misfits Harry (the future journalist who secretly films the incident on his phone) and Charlie (the girl blamed for the whole thing).

We follow these unlikely friends through the years, as Harry continues to be a threat to those in power and Charlie dabbles in not-so-innocent science experiments; all the while there are shadowy individuals perfecting gene-editing procedures that will lead to the outbreak of the titular “Killer T”, a synthetic virus that will end up killing millions. The prose is at times clunky but the intriguing concept and high-stakes action will keep readers turning the pages, whether they’re already die-hard Muchamore fans or newcomers. This is a book difficult to put down.

Canadian author Susin Nielsen tackles homelessness in No Fixed Address (Andersen Press, £12.99), a title already endorsed by Amnesty International for “upholding our human rights to a home and a decent standard of living”. Set in Vancouver, a city whose property bubble echoes Dublin’s, the novel criticises the idea of anywhere becoming “a playground for the rich” where vacant properties are deliberately kept empty as citizens sleep on the streets (imagine!).

Thirteen-year-old Felix and his dramatic, difficult mother Astrid find themselves living in a van after a convergence of bad luck, and Felix is determined to keep this a secret from his friends. The realities – both philosophical and mundane – of living this way are explored with humour and empathy, while the factors leading to this are presented, quite rightly, as a complex mix of societal structures and Astrid’s own failings as a parent. It’s a sophisticated but ultimately hopeful account of what it means to be a kid in a deeply unpleasant, undignified situation.

British author Alex Wheatle revisits his popular Crongton estate universe with Kerb-Stain Boys (Barrington Stoke, £7.99), a novella for the publisher specialising in books for reluctant and struggling readers. As with other Barrington Stoke books for teens, there’s no compromise when it comes to emotional complexity; despite coming in at under 150 pages, this book covers family tensions, friendship, attraction, class, and an attempted robbery.

Narrator Briggy doesn’t really want to hold up the local post office, but his best mate Terror – real name Terry – is desperate to impress the beautiful Caldonia Lake. She’s the one who’s dubbed them kerb stain boys – “You live in the south ends of the estate, so you’re one hundred per cent, original, grimy, stainy side of the kerb.” She’s also the one who’s almost certainly hiding a secret of her own, even as she urges the boys to commit a crime.

This is a gripping and quick read for both reluctant and sophisticated readers.

For Every One by Jason Reynolds (Knight Of/404 Ink, £5) sees the YA author offer advice to future artists – or indeed anyone with any kind of dream – in the form of an extended poem. Written “from the front line / and the fault line” it emphasises that it is not a guide in how to succeed, but instead a reminder that “it’s the thing that makes / you special / but not the thing that makes / you great. / The courage in trying, / the passion in living, / and the acknowledgement / and appreciation of / the beauty happening around / you does that.”

The free verse is at times overly-simplistic and undoubtedly better performed with gestures than rendered on the page in black and white, but it’s still an authentic and optimistic take on what it means to create art and follow one’s passions, and why anyone should bother.

Finally, as Halloween approaches, Firefly Press offers up a book to chill the spine three times over, consisting of a set of novellas from established YA authors. In Three Strikes (£7.99), Lucy Christopher showcases the appeal of a cult for a girl drowning in grief, while Kat Ellis’s protagonist battles ghosts and Rhian Ivory revisits The Little Match Girl. It’s a delight to read.